And you thought your love for her MUSIC was weird.

Taylor Swift has a great voice. And a great face. And great hair. And great, um, armpits, according to Reddit.

Because apparently becoming famous means setting yourself up for literally any form of worship, r/taylorswiftarmpit is the armpit-driven sub-division of Tay fans that no-one knew was out there. Who are we kidding, we all knew; we just hoped they would never find each other. 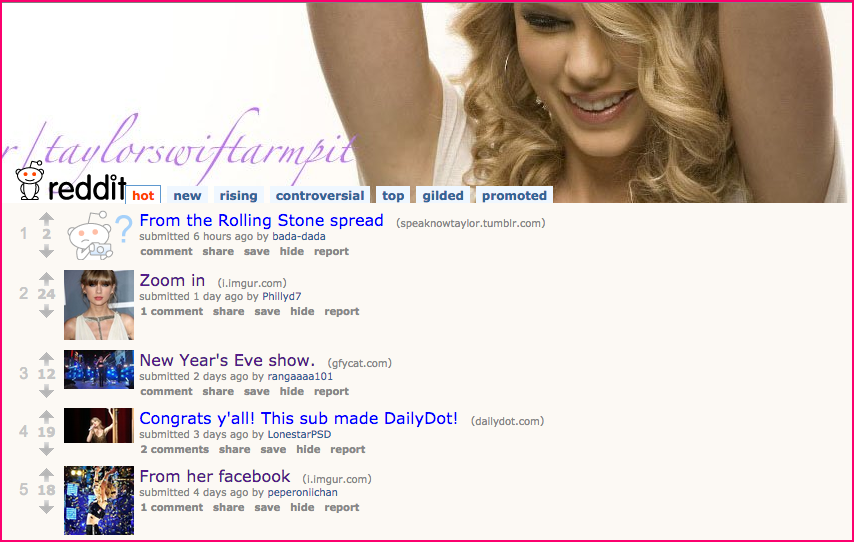 "Some guy had a really specific fetish and created this sub. We just keep it running," claims the Subreddit bio. "We" apparently consists of hardcore fetishists...

...and even the average layman, to whom the Subreddit has become strangely addictive.

"I have no interest in armpits at all, I thought it was a joke too, I do not care for anyone else's armpits, I think they're weird, but like you, I keep coming back, because Taylor Swift's armpits are....something else," confesses unsuspecting and flustered Redditor ClintonHarvey.

> Is this Taylor Swift's new boyfriend?

So what is it about Tay's 'pits above all others that creates a Blank Space where one's moral compass might go? As the Subreddit has proven, it's not as if there's any lack of pictures to be found, or they're a hidden, taboo thing. Taylor herself is notoriously anti-sleeve. 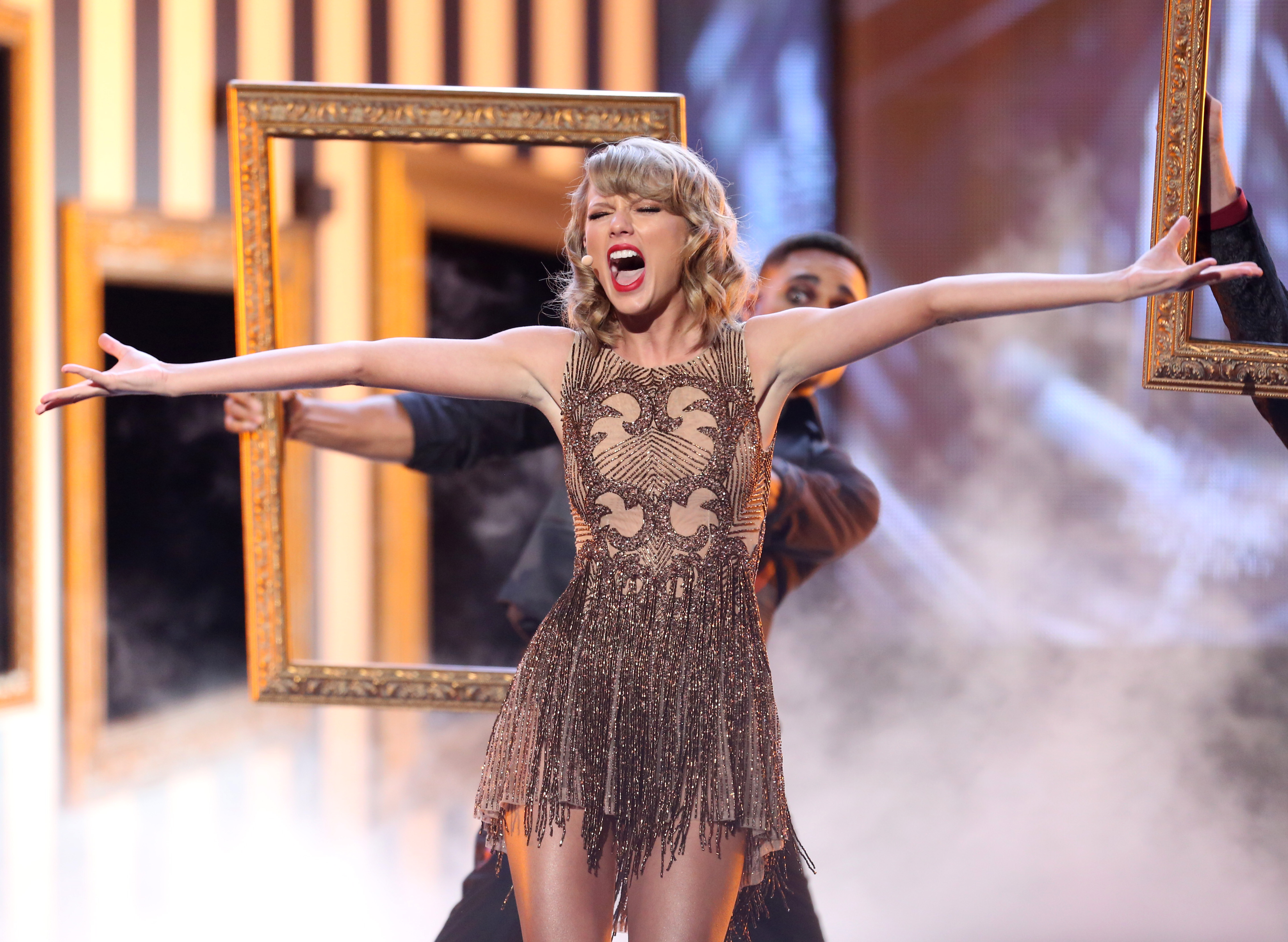 Alright, we'll throw you a bone. They're very, um, smooth.

In our research behind the motivation for the Sub, we have also discovered r/taylorswiftslegs, r/taylorswiftbreasts, and r/taylorswiftbum (the last one supposedly founded by the same person that created the armpit site). Could it be that people are just looking to complete some weird Subreddit Body Part Bingo? Sexist Tetris? Objectification Backgammon? (Alright, this got away from us a bit).

> Which One Of Taylor Swift's Party Guests Are You?

Personally, we're fans of Tay as a whole; talent, shining personality, armpits and all. If a body part Subreddit is your thing, we don't presume to judge, but for us, it's "downvote".