On paper, Madonna and Taylor Swift are an unlikely duo. Their performance at the iHeartRadioAwards will convince you otherwise.

Taylor reminded everyone that she originally cut her teeth as a guitar player by accompanying Madonna for a performance of her newest single, "Ghost Town". "Ghost Town" is taken from Madonna's latest album, Rebel Heart which was officially released in early March.

"When it all falls down, we'll be two souls in a ghost town.." *ugly cries forever* #madonnaandtaylor

After the show, Taylor shared an Instagram picture with the caption "I might be okay but I'm not fine at all" #Myfangirllife.

The performance was great but we couldn't help being distracted by Madonna and Taylor's leg situation. Not only were they very in sync during the performance, they seemed to be sporting matching legs as well. 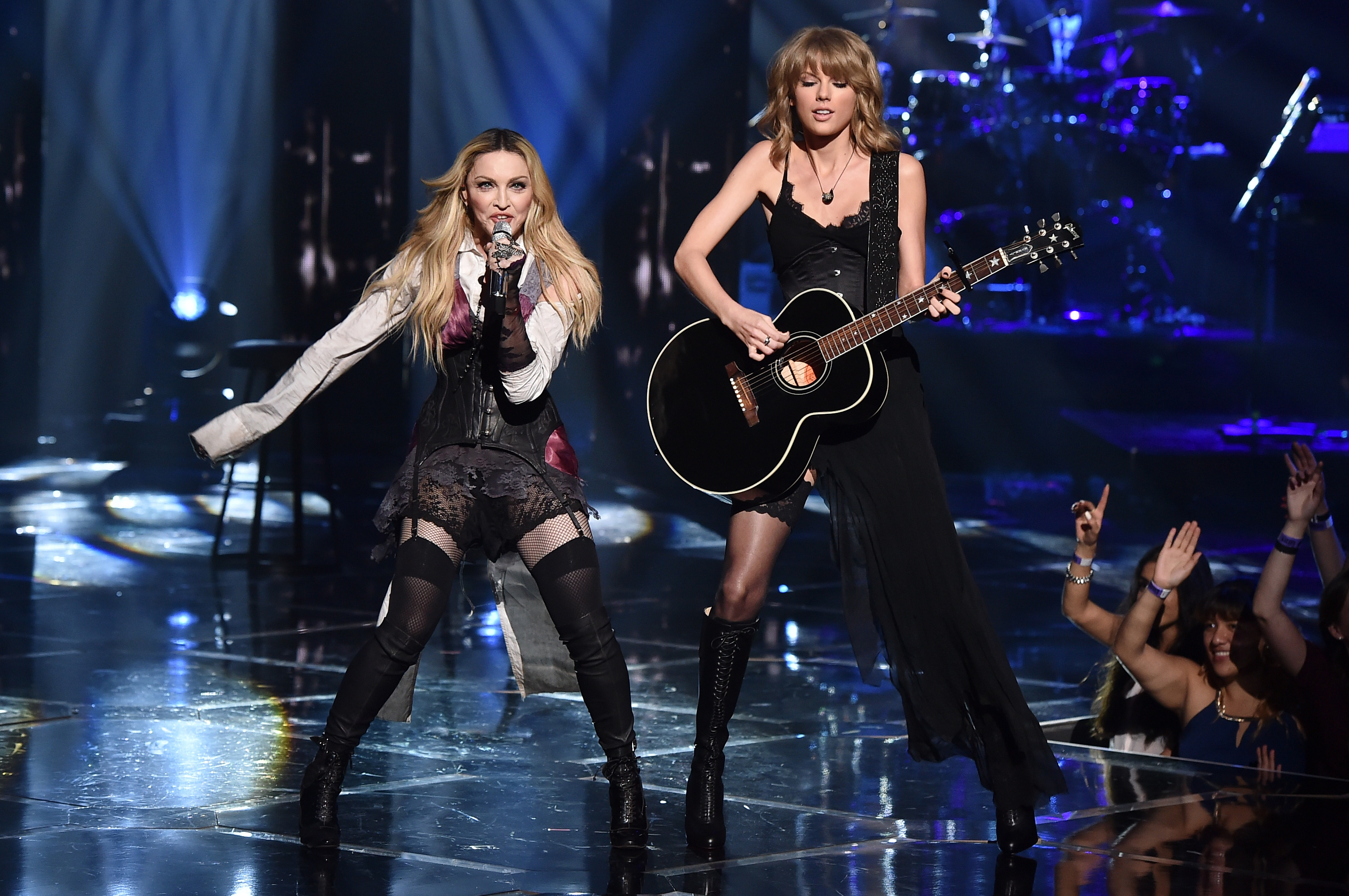 Watch the performance below

QUIZ: Can You Guess Which of These Legs Is Worth One Billion Dollars?

Madonna Is A Fan Of Drake's New Song About Madonna