Life lesson: Everyone should start websites.

You know when you have a really good idea and then things just kind of spiral? That’s exactly what happened to Matthew Carpenter aka the shipyourenemiesglitter guy.

Popbuzz covered the initial story and its arc into a torture device for Matthew Carpenter. But now, it seems the 22 year old has turned his misery into cold hard cash.

After receiving $20,000 in orders, Matthew Carpenter figured out a way to unload his newly found headache by deciding to put it up for bid on flippa. Thanks to the viral nature of the initial news story and the amount of traffic the site was receiving organically, Carpenter was able to cash in on a cool $85,000 for his troubles. 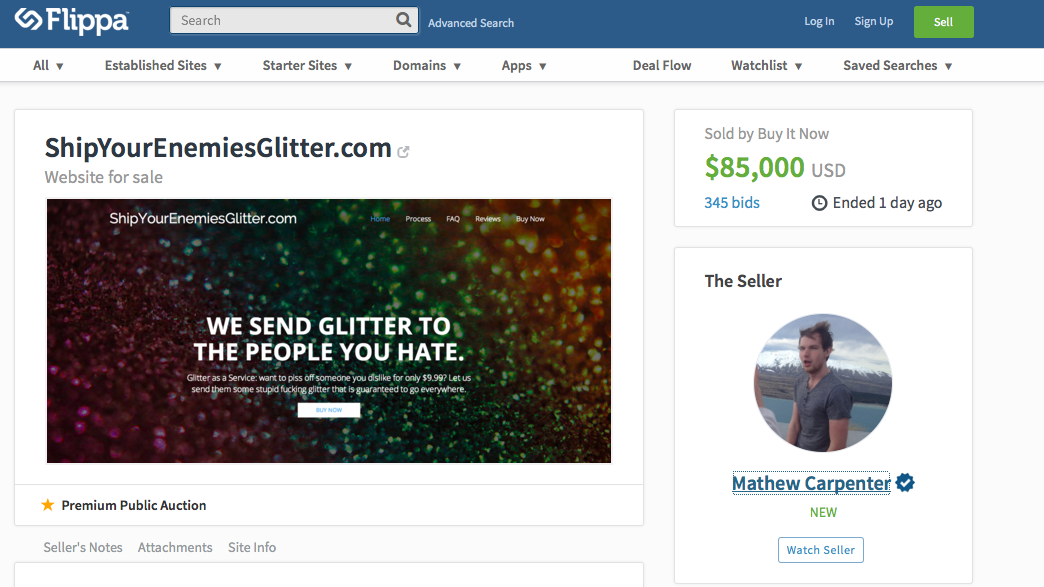 Why does this sound like the premise of a Judd Apatow film?

I launched this website as a bit of a joke not expecting this level of attention. Heck, I launched this website whilst I was on holiday! For the past few days it has been stressful dealing with all of the media attention & even more so because this was only intended to be a small side project. It’s taken on a life of its own, and I want to watch it continue to grow under a new owner.

There you have it, guys. If you ever do something that gets too popular or out of control, just sell it and move on.