In case you forgot what Christina Aguilera was up to these days, she's judging The Voice in America and now, apparently doing weirdly accurate musical impressions.

She swung by The Tonight Show With Jimmy Fallon to take part in his "musical impressions" segment. When the random generator got to her second impression, the spinning wheel landed (rather fortuitously) on Christina’s old rival/frenemy Britney Spears. 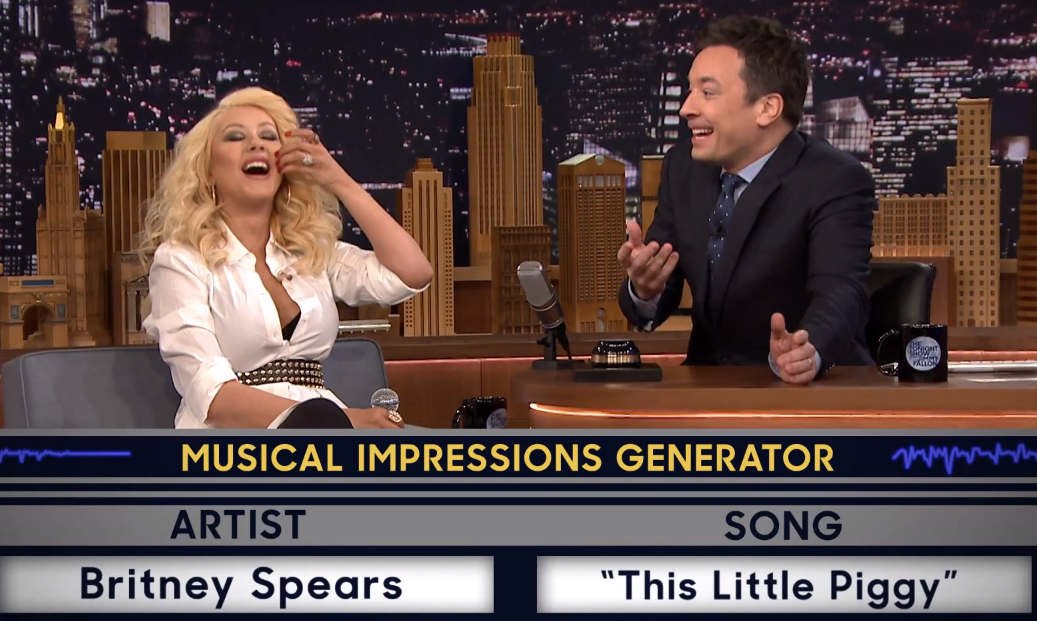 Christina Aguilera's Britney Spears impersonation on #FallonTonight is the most important thing to ever happen. http://t.co/GLNFVUtSvp

Suffice to say that the results were pretty hilarious.

Watch Christina do musical impressions below

Absolutely Everyone Is In Jimmy Fallon's A Capella Queen Cover