The heartwarming story of a website that bonded together over its staff's incompetence.

Tumblr's rebellion against its own staff has just reached an all-time high.

In its years of existence, the Tumblr staff have developed a notoriety for adding new features to the site that no-one asked for, all the while ignoring user pleas for improvements on existing features. The Inbox, the non-existent Block feature, and an overall clunky interface are all regular complaints, that so far can only be improved by turning to the aid of third-party extensions like XKit. 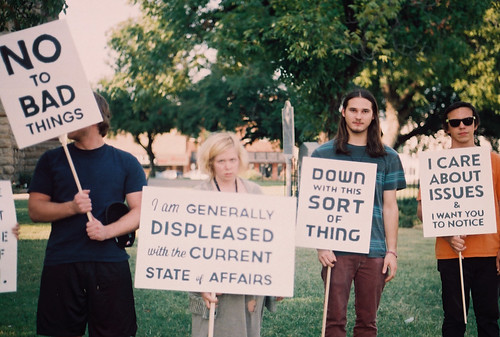 So when the staff announced this cool new change to the way formatting in posts would look, with a slick fading toolbar to replace the one atop the text box...

The new formatting tool is pretty cool, but NOBODY expected the extra major change to text posts that would accompany it.

Yep, the titles of text posts have had a dramatic new overhaul.

And the font just looks exactly like that which you'd see in some of those other sites that write headlines designed to grab your attention. 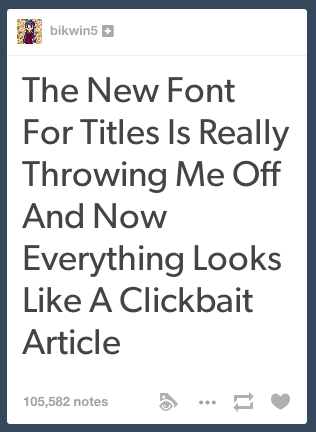 In the resulting madness, the whole user base has been having a pretty great time making fun of the new change. 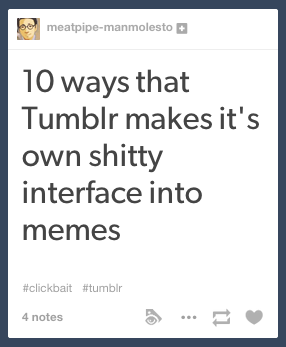 It might just be the fastest meme to ever be meme'd. 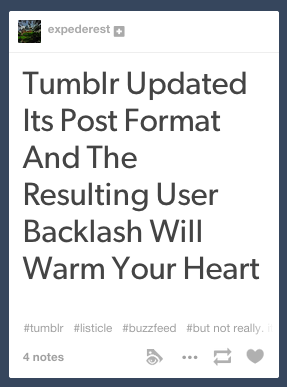 But they haven't just restricted it to making fun of Tumblr. Everyone is trying their hand at making up their own clickbait with ease. 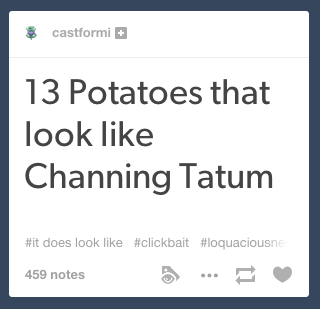 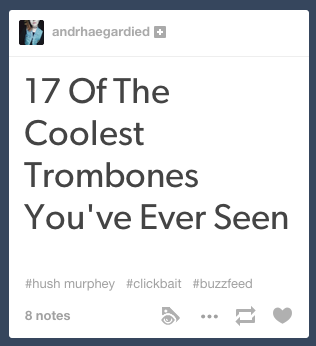 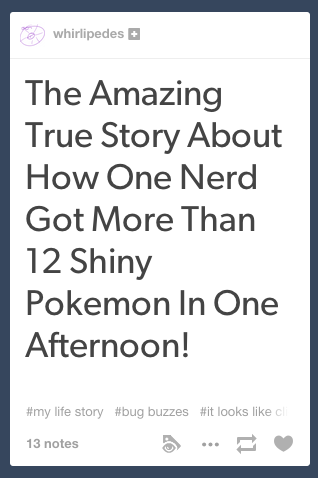 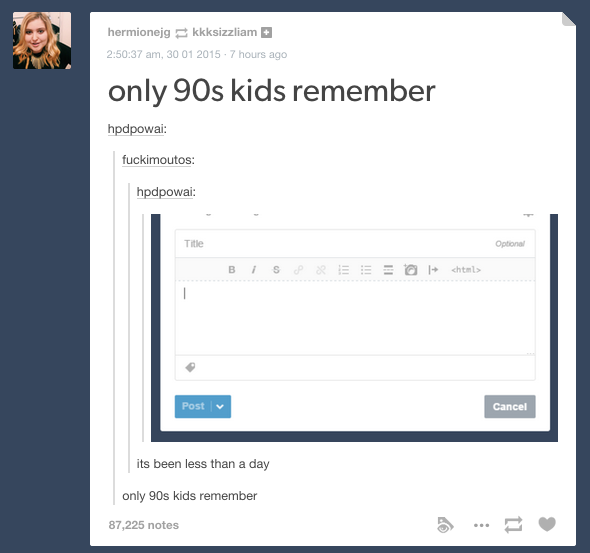