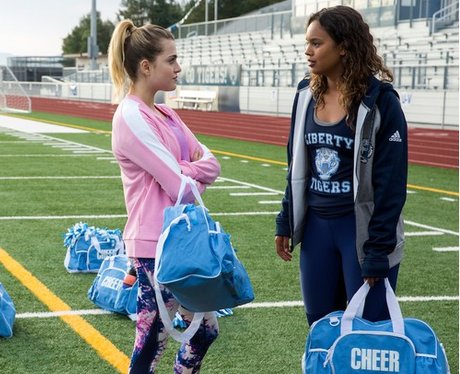 Anne Winters plays Chloe in season 2 of ‘13 Reasons Why’. Winters joined the cast in the show’s second season as the “It” girl and cheerleader in a relationship with Bryce Walker, a character we know has raped multiple girls in the past. Of Chloe, Anne told the IBT “I will say that she’s conflicted a lot, but she does hold her own. I think she’s a strong character and can hold her own, but [she] also battles with what’s right and what’s wrong.” photo via Netflix