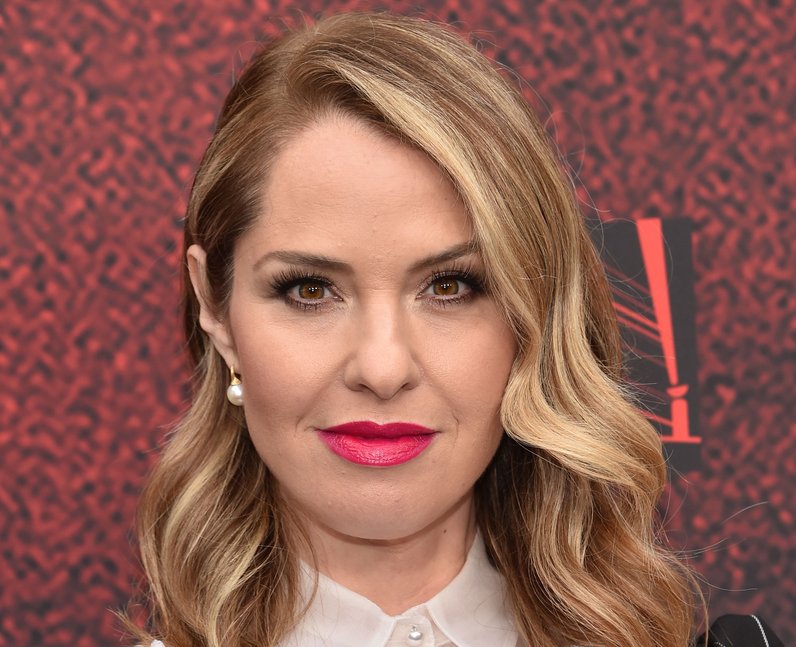 Leslie plays Margaret Booth. Margaret is in charge of Camp Redwood and reopened the site 14 years after a deadly summer massacre. in the first episodes, it's revealed that she was one of the victims of Mr Jingles' attack but managed to survive by playing dead. AHS: 1984 is Leslie's third season of AHS, following roles in Cult and Apocalypse. (CHRIS DELMAS/AFP/Getty Images)