Lily Rabe Might Be Returning For "AHS: Cult" And Here's Who She's Playing 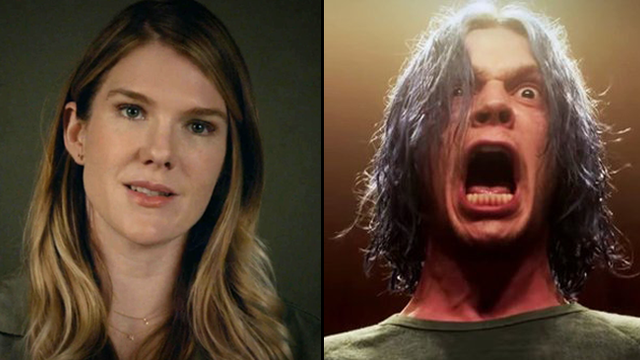 There's only two episodes of American Horror Story: Cult left to air and it seems like there still might be a few huge guest stars up Ryan Murphy's sleeve that will be making an appearance this season. This year, we've already seen Emma Roberts, Frances Conroy and Mare Cunningham make their grand returns but who will be next?

There was speculation for a loooong time that fan favourite Lily Rabe would return to the show in some capacity considering she's been present in every season so far.

And while there's still not actually been an official announcement in any capacity, fans seem to have found the receipts on IMDb where Lily's name is listed in the cast list for "Charles (Manson) In Charge".

So, who will she be playing - if the IMDb credit is true?

Lily will be playing Sharon Tate, actress, model and the late wife of Roman Polanski, who was brutally murdered along with four friends at her home in California by members of Charles Manson's "family" in 1969. She was also eight months pregnant at the time. The murders became the Manson Family's most infamous attack and gained national notoriety for the cult.

There's been a lot of speculation over whether or not Murphy will show the actual murder of Sharon Tate on screen out of respect to the victims. He's spoken at length about his desire to do one full season about the cult and their murder spree but later decided against it.

“I want to do an entire season about the [Charles] Manson case but then we decided that wasn’t respectful to the victims, and it’s really hard to get life rights," Murphy told Deadline.

Of course, there's been a few occasions in the past that have proven IMDb to be a little unreliable when it comes to AHS so we'll be taking this information with a pinch of salt until we see Lily's face on the screen with our own two eyes. Mind you, this is exactly how we found out that Taissa Farmiga was gonna be in Roanoke...

Either way, we are truly blessed that the good sis Lily Rabe is (potentially) back to save another season of AHS. If she's not... I'll kick off.