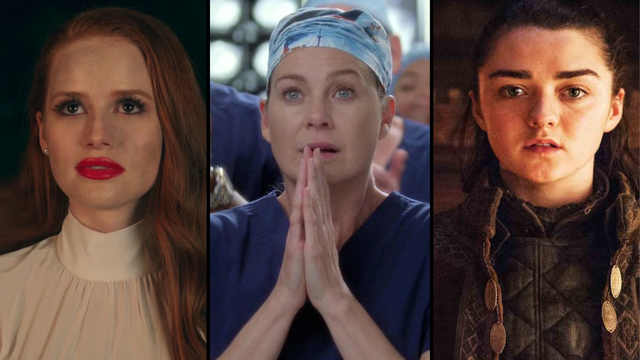 It's undeniable. Women on television are a force to be reckoned with. Thankfully, some of TV and film's most talented actresses are getting a shot at playing nuanced, funny, and powerful figures on the small screen.

TV is getting progressively better for women every year. Here are some female-centric television moments from 2017 that can only be described as truly badass.

1) Daenerys Targaryen vs the Lannister army.

via HBO/Game of Thrones
Daenerys Targaryen showed up and showed out on this season of Game of Thrones. When she wasn’t demanding that Jon Snow bend the knee, she was figuring out other ways to take the Iron Throne. Dany going up against the Queen’s army had to be one her most badass moments this season. One word: Dracarys.

Eleven was away from her friends for most of the season but, as soon as she returned, it was back to business. Closing the gate and getting the shadow monster and demo dogs away from her friends? CHILD’S PLAY. She could probably do it with her eyes closed. She could probably close the gate at 7 and be at the Snow Ball by 8:30. THAT's how badass she is.

We’ve never done it like THAT before but go awf, sis. Who else is looking forward to The Claire Show in 2018?

Siiiiiigh. Doesn’t it suck how much these lyrics apply to...everything?

Netflix should do the world a solid and commission 10 more seasons of Glow. If Glow gets the same fate as Sense8, we're taking to the streets.

We can't shake the feeling that Hillary would have won if Olivia Pope had been in charge. Olivia went from leading the white hat brigade to...ya know, commissioning murder this year. You know what they say, like father like daughter.

If only university radio was this fire when we were in higher education.

My personal fave is when Luca has to go up against her love interest, Colin, in open court. She paid him absolute dust and stayed ready with the one-liners. Lucca is *kisses fingertips* GREAT. We love The Good Fight but can we also talk about a Lucca spin-off, CBS? 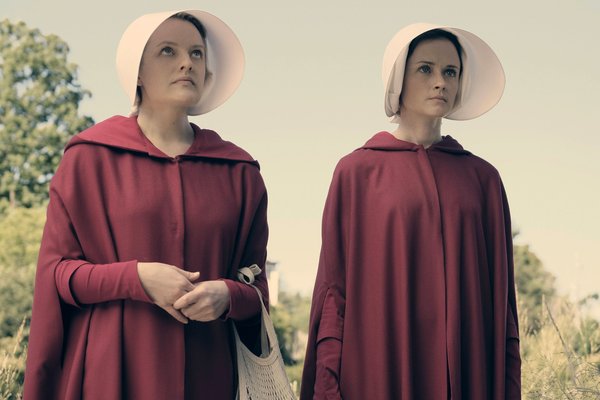 The Handmaid’s Tale represented a real cultural moment for a lot of women. Unlike dystopian shows and films that are deemed too "outlandish" to be taken seriously, The Handmaid’s Tale feels like a descent into madness that is, unfortunately, drawing closer every day. Still, the women resist, fight, and do incredibly brave things in the face of their horrible timeline.

Never did we think that Meredith Grey would survive long enough to win the prestigious Harper Avery award yet here we are, watching her accept the award in front of her peers, her sister, her daughter and her (ghost) mother. No longer in the shadow of Derek’s surgical shenanigans. Single mother of three AND the best surgeon in the country? WE STAN.

11) Sansa and Arya teaming up against Littlefinger.

Why, oh why, would you try to pit these two sisters against each other? Littlefinger got what he was owed thanks to a sister moment that not even WE saw coming.

12) Cheryl Blossom burning down her family's house on purpose.

Hell hath no fury like a Cheryl scorned. Upon finding out that her father is the one who killed her brother, Jason, Miss Blossom does the logical thing of burning down all the remnants of the house that maple built. Can you blame her? Guess not. Would you do the same? Definitely not. Is it badass? Yuuup.

After a whole season of thinking Big Little Lies was taking us down the obvious path of catty PTA moms and Desperate Housewivesesque homicide, they totally flipped the script on us and gave the reveal of the year. And what a CRAZY reveal it was.