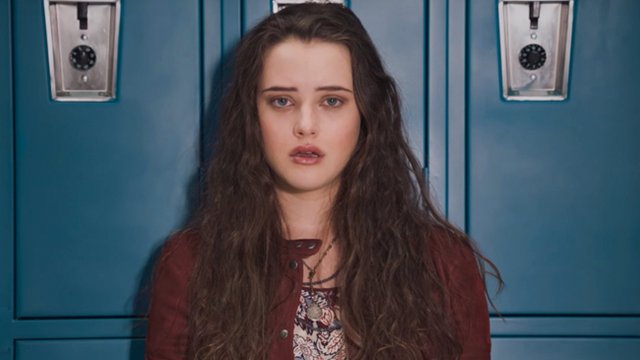 "Get a snack, settle in, cos I'm about to tell you the story of my life. More specifically, why my life ended"

On Friday, Netflix launched it's latest TV series, 13 Reasons Why, an adaption of YA novel (of same name) by Jay Asher, and it's already become a word-of-mouth sensation on social media.

"Hey, it's Hannah. Hannah Baker. Don't adjust your whatever-device you're hearing this on. It's me. Live and in stereo. No return engagements, no encore, and this time absolutely no requests. Get a snack, settle in, cos I'm about to tell you the story of my life. More specifically, why my life ended. And if you're listening to this tape, you were one of the reasons why."

Those are the chilling words that Clay Jensen's hears through his Dad's boombox. Two weeks after Hannah's death, a mysterious package is delivered to his home, containing 13 tapes that Hannah recorded explaining the thirteen reasons why she killed herself, and Clay is one of them. He has to listen to the tapes to discover how he fits in but in the process discovers how other classmates at their school are also implicated.

The show had been praised for it's unflinching portrayal of depression, bullying and suicide and after viewing the first six episodes ourselves, we have to say it's one of the most impressive pieces of teen-based drama we've ever seen. Here's a breakdown of why.

1. It deals with bullying in a very real and serious way

Often in TV and film, bullying is portrayed as one-off bursts of violence, or occasional insults in school hallways. There are very few examples that have shown the full extent of what it's like to be bullied. This is something 13 Reasons Why deals with head on. As the series progresses, you see how Hannah is continually taken advantage of, outcasted, publicly ridiculed, sexual harassed and slut shamed, both in real life and online, especially through the use of group messaging. Soon enough, you start to realise how things which are viewed as small things, to some people, can become part of a bigger, much more horrifying picture.

2. The show is committed to diversity, rather than just paying lip-service to it.

Showing a diverse range of stories was clearly important to the creators of the show. But the crucial difference between 13 Reasons Why and other shows is that, as Affinity Magazine noted, each character is developed to their full potential and given adequate screen time. The characters are multi-dimensional and their stories often take you in directions you wouldn't expect, resulting in some amazing performances from all the cast and they bring a new lease of life to many troupes of teen dramas.

3. The soundtrack is lit.

We don't know who is responsible for the soundtrack of this show but, whoever they are, they deserve a pay rise. New bands like The Japanese House, Eagulls and LUH jostle for time with older artists like Joy Division, Elliot Smith and Echo and the Bunnymen. The soundtrack mirrors the show as a whole in paying homage to teen dramas while paving it's own path.

4. It doesn't hold back on its depictions of sexual assault or suicide.

Now, we're only on episode 7 at the time of writing so we haven't got to the scene where Hannah eventually takes her own life. From what we've read online it's fairly explicit, as is another scene involving sexual assault. There's been considerable debate since the show aired as to whether such unfiltered scenes are really needed. Some have called it "gratuitous" while others have praised it for its unflinching realism. The important thing is that given suicide and self harm among teenagers is still tragically high, and campus rape is still far too common, the show will undoubtedly spark conversations and bring awareness to these issues. In m opinion, this is undoubtedly a good thing.

5. You can't walk away from the show without questioning yourself.

The more we watch Hannah, the more we fall in love with her. Katherine Langford, the Australian born actress who plays Hannah, does a fantastic job in making Hannah very personable and so as the show goes on, and more bad things happen to her, it becomes incredibly difficult to watch. The sense of injustice is palpable.

One of the recurring themes of the show is how no one close to Hannah picked up on how miserable and intolerable her life had become. What the story does so well is to show how Hannah hides the fear, insecurity, paranoia and abandonment she's feeling as a result of the bullying. It's almost impossible to walk away from the show without questioning how you can better interact with other people, support your friends and how to pick up the early warning signs that someone might be struggling. If the show has one real victory, it's this.