The Catastrophic Aftermath Of Binge Watching An Entire TV Show 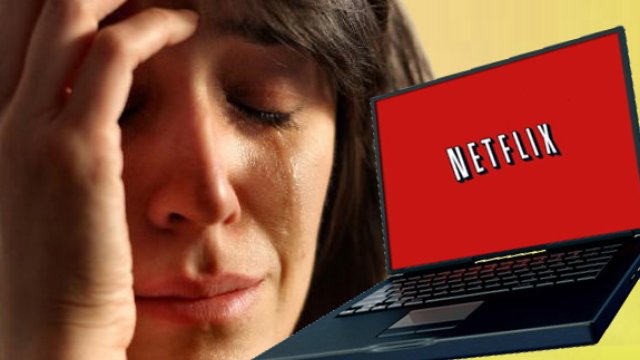 It's a slippery slope.

Maybe you've just sat and binge watched the entire first season of Jessica Jones, or Master Of None. Maybe you've got vivid memories of blitzing all 3 seasons of Orange Is The New Black in one go. We've all been there, here's EXACTLY what a person goes through after running the marathon of champions:

Actual footage of you being a brazen binge-watcher with no shame - scenes you will immediately regret upon playback. (IFC / via Giphy.com)

You promised yourself that you wouldn't speed through this series but here you are... 9 episodes deep into a 13 episode Season.

Suddenly, you're on the penultimate episode and you regret EVERYTHING.

You just can't help yourself... you reluctantly approach the season finale.

This is the end as you know it.

AND NOW FOR THE AFTERMATH:

You deny the fact that there are no more episodes.

You frantically scramble around the internet for some of sign.

You deny, deny, deny the fact that you let the power of the Next Episode button consume your mind and soul.

You wish you hadn't taken all those episodes for granted.

A single tear falls from your eye. The salty liquid mixing with the bloody wounds on your face.

It suddenly dawns on you that you have to wait an ENTIRE YEAR for the next season.

One whole entire year without the characters you now consider family.

You realise, 20 minutes later, that you're just staring at your reflection in a black screen.

Then you realise... you don't know what day it is.

You don't know what time it is, but it definitely wasn't dark outside when you began your quest.

You're surrounded by crumbs and empty pizza boxes - signs that you've managed to keep yourself alive.

... yet you feel so dead and empty inside.

You haven't experienced human interaction for at least 24 hours.

So when your housemate walks through the door, it's like you got separated in the apocalypse and you've just been reunited.

You think about the possibility of leaving the house... but you know you're not ready yet.

You feel a strong urge to tweet about your darkest day but you don't want to spoil anything.

And also, your friends aren't up to date yet. And you vow to remain loyal even if it kills you.

You wonder what life was even life before this life changing televisual experience.

Then you pick up your remote, and watch the next series.