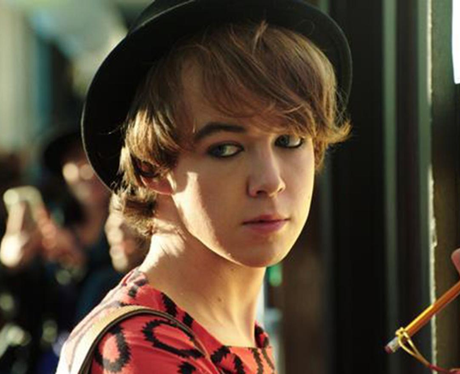 Alex Lawther starred in Freak Show as Billy Bloom, a genderqueer, teenage misfit who despite being a new student at an ultra-conservative school, makes the decision to run for homecoming queen. It's an adaptation of legendary New York Club Kid and Party Monster author James St. James' YA novel. "In terms of visibility, whether it be queerness or whether it be lack of diversity in general, it is something that is important and I think should be important," Alex said of the film.