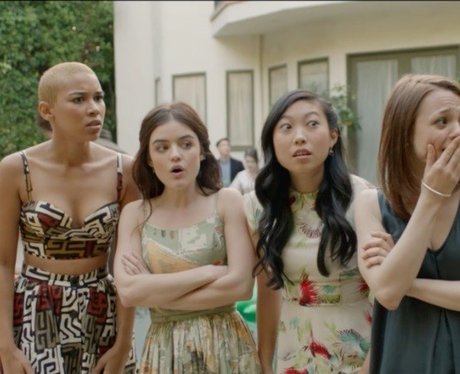 Awkwafina played Rebecca in Netflix's Dude, a stoner comedy which also starred Lucy Hale. Dude is about a group of high school students in their last 2 weeks as seniors who try to handle big life changes and smoke a lot of weed as well. [Photo via Netflix]