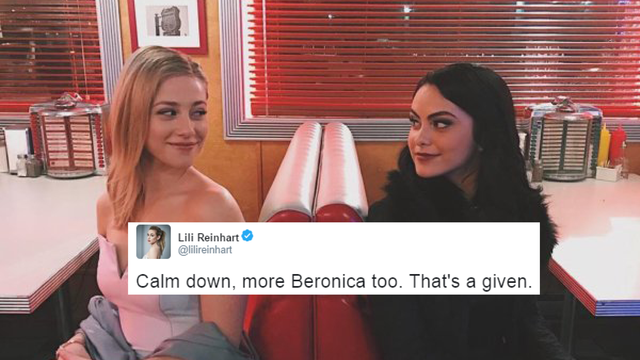 We're all watching Riverdale (obviously) and quietly waiting for Beronica to rise. It may not be canon but dammit, it's REAL.

3) Me: *Screaming in the background* Now kiss!

Beronica RT if u agree pic.twitter.com/tSokr7hRvU

another day another beronica being gay pic.twitter.com/rD1pBPR3Rs

10) The fact that Veronica was beyond shook when black wig Betty came through.

11) When Jughead put his arm around Betty and Veronica is like, "haaaaang on." Calm down, more Beronica too. That's a given.