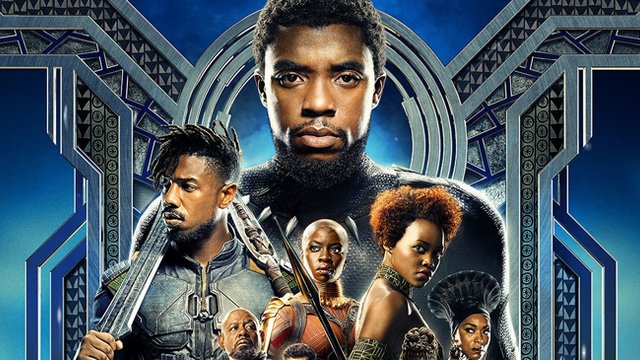 The King Of Wakanda will return to the big screen and we have rounded up all the details we have so far on this superhero sequel.

Black Panther, the epic, Chadwick Boseman-starring installment in the Marvel Cinematic Universe, is already one of the greatest movies in the franchise and looks set to become one of the highest grossing films of 2018.

So, inevitably, there is already talk of a planned sequel, with Marvel's Kevin Feige confirming to Entertainment Weekly that another installment starring T'Challa is on the way:

"We absolutely will do [a sequel]. One of the favorite pastimes at Marvel Studios is sitting around on a Part One and talking and dreaming about what we would do in a Part Two. There have been plenty of those conversations as we were putting together the first 'Black Panther'. We have ideas and a pretty solid direction on where we want to head with the second one."

Makes sense given that the original has now already grossed over $1bn.

But what do we actually know about Black Panther 2?

Here's all the info we have rounded up so far. We'll keep updating this page throughout the year as we got more details on Black Panther 2.

What is the title of Black Panther 2?

Marvel films do always love to feature some kind of subtitle, from Thor: Ragnarok to Captain America: Civil War. The plot will of course dictate what title is thrown at Black Panther 2 but given the climax of the first film, we would expect the words Wakanda or Vibranium to possibly feature. Hopefully some early plot glimpses in the next few months should give us a few clues.

What is the release date of Black Panther 2?

Marvel will wrap up 'Phase Three' of their cinematic universe with the untitled Avengers film set for 2019. 'Phase 4' titles will be announced probably towards the end of 2018 or early 2019 with Guardians Of The Galaxy 3 set for a 2020 release and a Tom Holland-starring Spider-Man sequel coming in July 2019. We would imagine a Black Panther sequel will arrive in 2021 as part of the Phase 4 but expect confirmation on that in the coming weeks.

What is the plot of Black Panther 2?

Obviously, if you have seen the original, you will know that the ending of Black Panther opens up all manner of possibilities in Wakanda, revealing the truth about it's technology to the wider world. What that will exactly entail will depend on the outcome of the upcoming Avengers: Infinity War in which Chadwick Boseman will return as Black Panther.

Another element that may be explored is the lesbian love story from the comics between Ayo and Aneka, two of king's bodyguards, after fans complained at the lack of LGBT inclusion in the original with the hashtag #LetAyoHaveAGirlfriend trending on Twitter. Will Marvel address these concerns in the franchise's next installment?

Who is in the cast of Black Panther 2?

Chadwick Boseman will, of course, return in the title role. It is also safe to assume that other key players such as Lupita Nyong'o' s Nakia, Danai Gurira's Okoye and Daniel Kaluuya's W'Kabi will also be back. Michael B Jordan we can assume is out given his character's demise in the first film, although perhaps a flashback or crazy twist could still be in order? Martin Freeman may feasibly return as Agent Ross although, again, this may depend on the outcome of Avengers: Infinity War.

Is the trailer for Black Panther 2 out yet?

Nope, but we will keep you posted. Expect a very short title-reveal clip in late 2018 then a full preview much nearer the time.

When will filming begin on Black Panther 2?

If Marvel do go with the expected 2020 release date then we can expect filming to begin in summer 2019. Again, this will all depend on the 'Phase 4' announcement.

Are you excited for Black Panther 2? Tweet us or let us know over in the Facebook comments.