Charmed Reboot: From Release Date, Cast, Teasers, And Everything You Need To Know 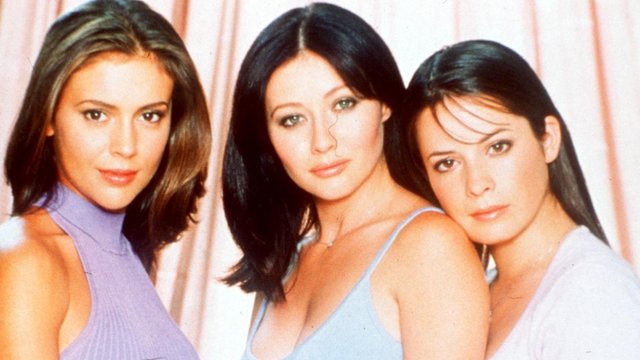 Charmed is back for a reboot! But who are the cast? And what is Charmed about? Here’s everything you need to know about the new CW series about three demon hunting witches.

The Charmed reboot has arrived and we've got our first official trailer, along with its official Fall line-up schedule placement but there's SO much more we want to know about it including release date and full cast details.

The reboot has confirmed its three witch sisters as Melonie Diaz, Sarah Jeffery and Madeleine Mantock are confirmed as Mel, Maggie, and Macy Vera.

Ser’Darius Blain, and Rupert Evans have also been tapped for the series as a love interest and whitelighter, respectively.

Charmed, a television show about three witch sisters, ran from 1998 to 2006. The original series maintained popularity over the years, earning cult status among die-hard fans of the supernatural drama. Now, the CW will reboot the series with a completely different set of witch sisters. What can fans expect?

Will there be a 'Charmed' reboot? Has it been confirmed?

The CW is not immune to the reboot fever sweeping the entertainment industry. For years, the network has toyed with the idea of bringing back the hugely beloved witch trio. In early 2017, it seemed like CW was eying a Charmed prequel set in the 1970s. However, that idea seems to be no more, as the CW have ordered a pilot of the reboot said to take place in modern times.

A Charmed reboot has officially been ordered by the CW.

Will the original cast be in the Charmed reboot?

At present, it does not appear that the original cast members (Hollie Marie Combs, Alyssa Milano, Shannen Doherty, or Rose McGowan) have been contacted or asked to be a part of the reboot.

Hollie Marie Combs has been candid about her own thoughts on the reboot.

We wish them well.

Here’s the thing. Until you ask us to rewrite it like Brad Kern did weekly don’t even think of capitalizing on our hard work. Charmed belongs to the 4 of us, our vast amount of writers, crews and predominantly the fans. FYI you will not fool them by owning a title/stamp. So bye.

Hollie Marie Combs has repeatedly said she wishes them well on the endeavour.

Shannen Doherty has expressed some curiosity about the reboot, as well, taking to Twitter to ponder what the CW might plan on doing with the beloved series.

I’m actually curious about their plans for it

So curious... if it was not a reboot and just was a show about sisters and family dynamics with super natural powers.... thoughts?

Is there a trailer for the CW Charmed reboot?

The trailer for the CW Charmed reboot shows the three sisters reuniting, finding out their legacy, and discovering their individual powers. They are also introduced to their whitelighter.

On August 5th, 2018, a second trailer was released. Many of the same scenes from the first trailer appear in this newer trailer.

When will the Charmed reboot air?

The Charmed reboot will air this fall on Sundays at 9:00 pm after Supergirl.

Melonie Diaz (Fruitvale Station) will play Mel, one of three sisters with magical powers. Her character is a young witch who is "passionate, outspoken activist who loses her way in the wake of family tragedy," according to Variety. Mel, the character, is also a lesbian.

Sarah Jeffery will play Maggie Vera, a "bubbly college freshman" who learns she is a witch alongside her two sisters.

Into The Badlands alum, Madeleine Mantock will play the role of Macy Vaughn. Macy is the eldest of the three sisters and is a geneticist.

Ser’Darius Blain (Jumanji: Welcome to the Jungle) has signed on to the project as a co-lead and the filmmaking boyfriend of Macy, Galvin.

Rupert Evans (The Man In The High Castle) will play Harry, the girls' whitelighter and a college professor.

What is the Charmed remake about? Plot -"Feminist reboot"

CW released a description of the upcoming series. This is what they said:

"This fierce, funny, feminist reboot of the original series centers on three sisters in a college town who discover they are witches. Between vanquishing supernatural demons, tearing down the patriarchy, and maintaining familial bonds, a witch’s work is never done."

Some fans took offence to the subtle implication that Charmed was not feminist the first time around.

The three sisters are named Mel and Maggie Vera and Macy Vaughn.

So far, it is believed that the new series will once again follow a trio of sisters. Their connection to "the power of three" or the "charmed ones" moniker is currently unknown.

Who are the creators of the Charmed reboot?