This image appears in the gallery:
Netflix's 'Chilling Adventures Of Sabrina': Meet The Cast 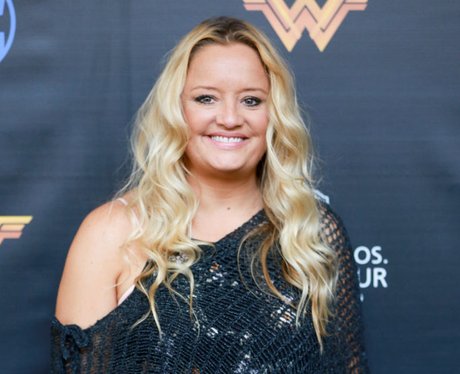 Sabrina' Aunt Hilda is played by English actress Lucy Davis. Hilda is one of Sabrina's two magical aunts. You may recognise Lucy from the original British version of 'The Office'. You'll have seen her in 'Shaun of The Dead' (2004) and 'Wonder Woman' (2017) as well. In the 90s live action TV series, Aunt Hilda was played by Caroline Rhea. [Photo via Getty/Rich Fury]