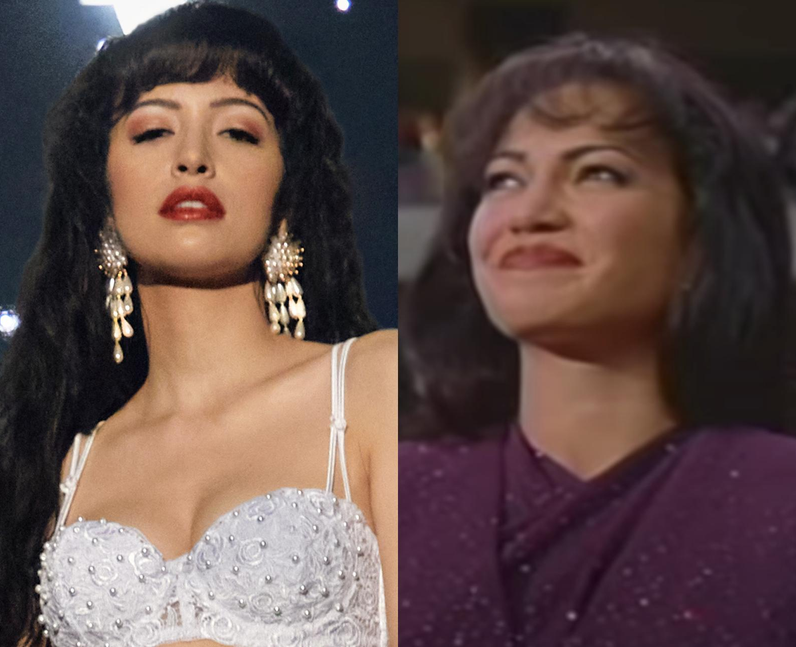 Jennifer Lopez famously portrayed Selena in the 1997 film. However, Christian Serratos revealed that she didn’t revisit the film or contact J.Lo because she feared it would affect her own instincts about the role: “I thought about reaching out to her, but I wanted to seem cool so I didn’t. I really respect what she did in that film because there was this resurgence of Selena’s work [afterward].” J.Lo also expressed excitement about the series. [Netflix, Warner Bros.]