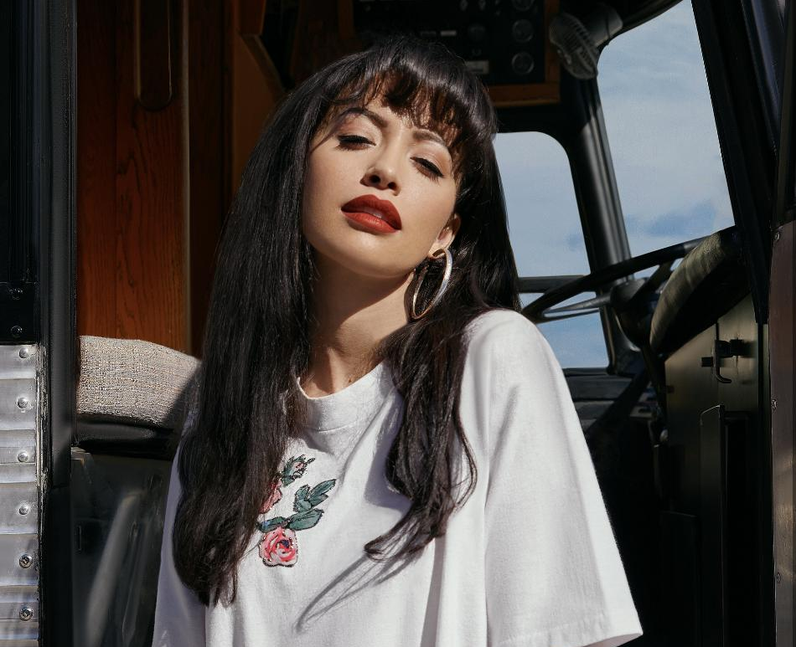 Christian Serratos plays the beloved Selena Quintanilla-Pérez in the Netflix series. She was chosen for the role with the approval of the Quintanilla family. In order to prepare for her role, Christian studied hours of performance footage and interviews of the singer to perfect her accent and mannerisms. [Netflix]