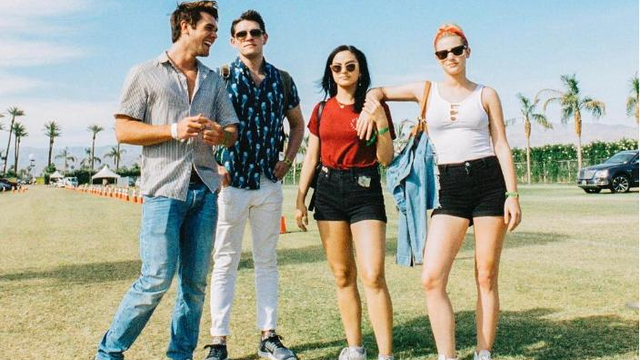 How do we arrange a photoshoot with Cole Sprouse?

I wonder what it's like being friends will Cole Sprouse. I'm sure there are laughs but I'm willing to bet any amount of money that it's like a non-stop editorial shoot.

Cole has adopted the role of official cast photographer and it's not hard to see why. He's VERY talented.

Since we're huge fans of Cole's photography skills, here are a bunch of times he photographed the gang and we couldn't get enough of it.

1) KJ in black and white is what you see at the pearly gates of heaven.

3) Question: On a scale of 1 to Madelaine Petsch, how much of a look is this?

4) Portrait of a freaking princess.

7) Queen of staring out the window in deep thought.

10) The Coachella waves too strong.

13) I'm not Catholic but I suddenly need to see a priest.