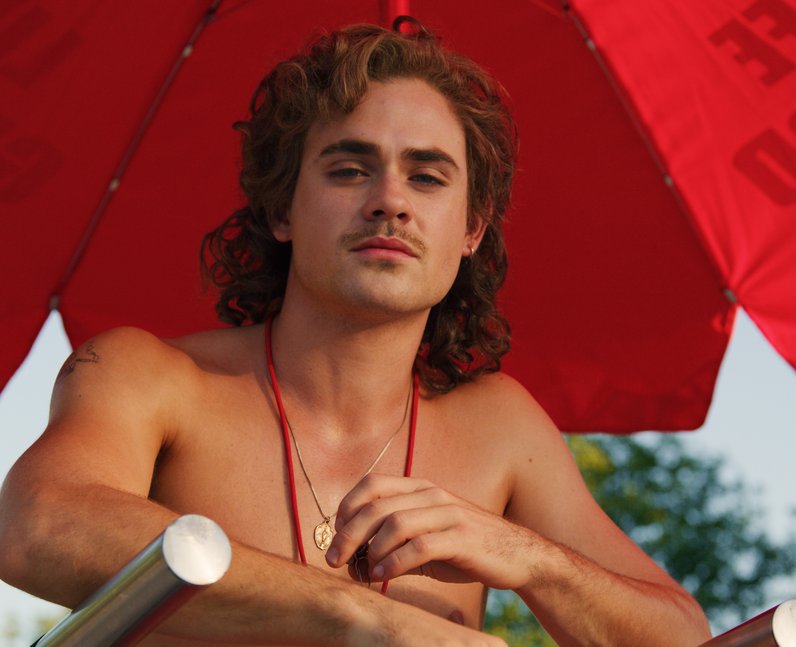 Dacre plays the role of Billy Hargrove in Stranger Things. He joined in season 2, arriving in Hawkins with his step-sister Max and is reprising his role in Stranger Things 3. He reportedly got the role after performing in a g-string during his audition tape. He sent it off at 11pm Australian time and woke up the next day to a request from the Duffer brothers asking for a Skype call. [Netflix]