This image appears in the gallery:
Danielle Macdonald: 10 facts about the Dumplin' star you probably never knew 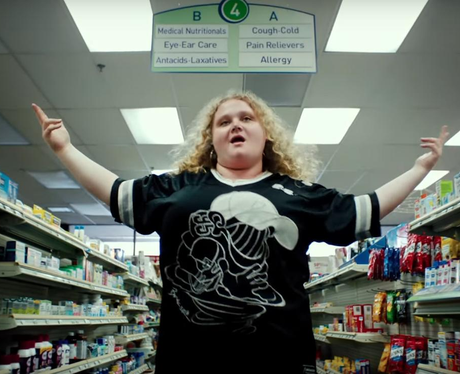 In 2017, Danielle was the breakout star of Patti Cake$, a film about a young woman with a talent for rapping who struggles to gain recognition. Danielle has said in interviews that she spent many months learning how to rap in preparation for the role. [Photo via Fox Searchlight Pictures/Trailer/Screenshot]