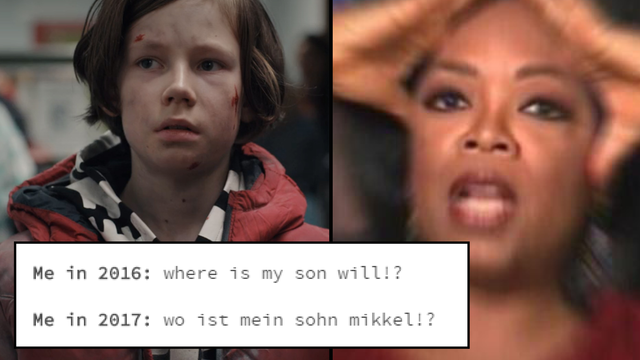 All my TV sons go missing and it's TOO MUCH.

If you've seen Netflix's new time travel thriller, Dark, you'll know that it's A LOT to take in. Mercifully, it's been renewed for a second season, so fans have plenty of time (ha, get it?) to meme through the complete mindfuckery that was season one.

1) When you're watching and all 700 of your theories got your mind racing like...

5) When all the pieces start to fall together.

6) Just to mess with their heads, you know.

Been watching Dark on Netflix. Now all I wanna do is walk up to strangers and ask them what year it is.

6) Okay, but Winden what the HELL?

7) Actual footage of me TO BE QUITE HONEST WITH YOU.

"Can you..."
"No, I'm watching #Dark on @Netflix."
"You can't pause it for a second?"
"There are three timelines where different actors play the same character at 33 year intervals, subtitled from the original German. I can focus on nothing else or I will have to start over."

9) When you get to the last episode.

The show Dark on Netflix. pic.twitter.com/Bh0a6Mwhiz