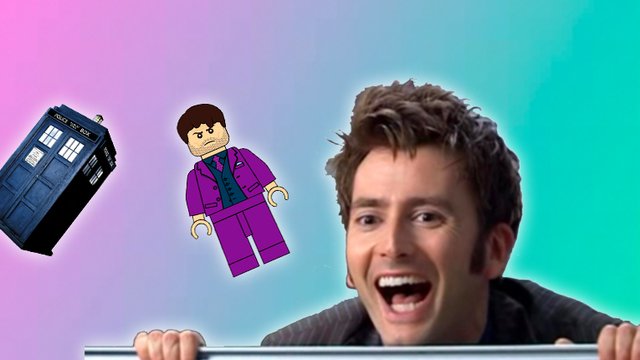 Something has been on our minds lately and we need to talk about it.

Yes, hi there 2005 David Tennant, we've missed you. Our fave Doctor (we'll get to that in a second) returned to mainstream prominence in 2015 as Killgrave in the Netflix original Jessica Jones and reminded us of all those inappropriate teenage crushes we had back in the day.

Turns out, the internet still loves the DT. So here's why we're still into him and would love to see him in more mainstream stuff.

Reason 1: He was the best Doctor.

We're talking post-revival here, obviously. No no, don't even argue here. Nine was great, but the character didn't even get time to develop in a single season. Ten had the best plots, the best companions and undeniably the best hair. Blame it on the writing or the companions, but Ten was the Doctor who got most of us into the DW appreciation life in the first place.

*That gif is not an accurate representation.

It was a struggle to reconcile the uber-creepy Jessica Jones villain with Tennant's usual lovable persona. At this point though, we're pretty sure his purple suit will haunt our nightmares forever - mind-control or not.

Reason 5: Because his crying in the rain face has been our fave reaction gif since 2010 and we're about due for some new ones.

Petition to cast David Tennant in every Netflix original from now until the end of time (pun intended).