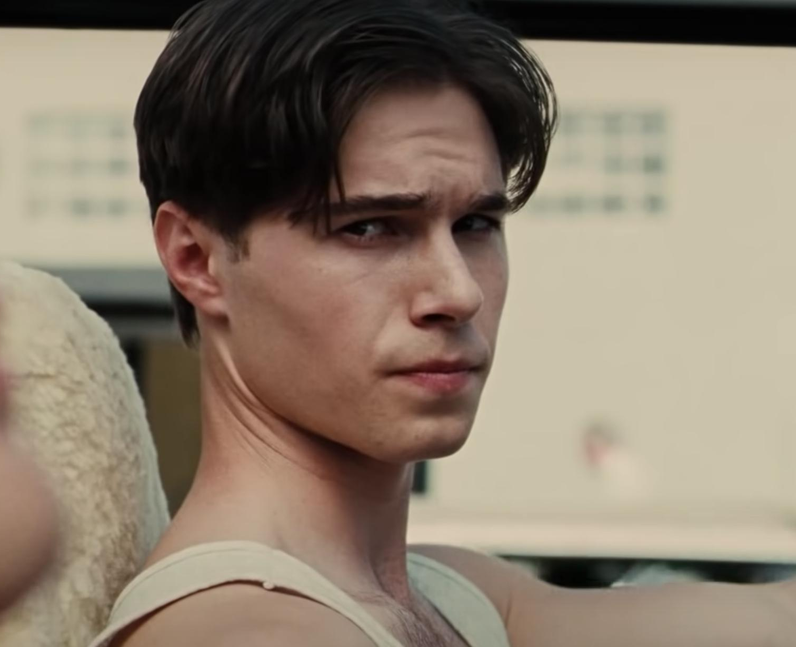 Young Cal Jacobs is played by Elias Kacavas in Euphoria season 2. Elias appears as the younger version of Eric Dane’s character in the third episode of the second season. Elias was a student at NYU’s Tisch School of the Arts before dropping out to appear in Euphoria and the upcoming Pretty Little Liars: Original Sin. [HBO]