This image appears in the gallery:
Evan Mock: 11 facts about the Gossip Girl star you need to know 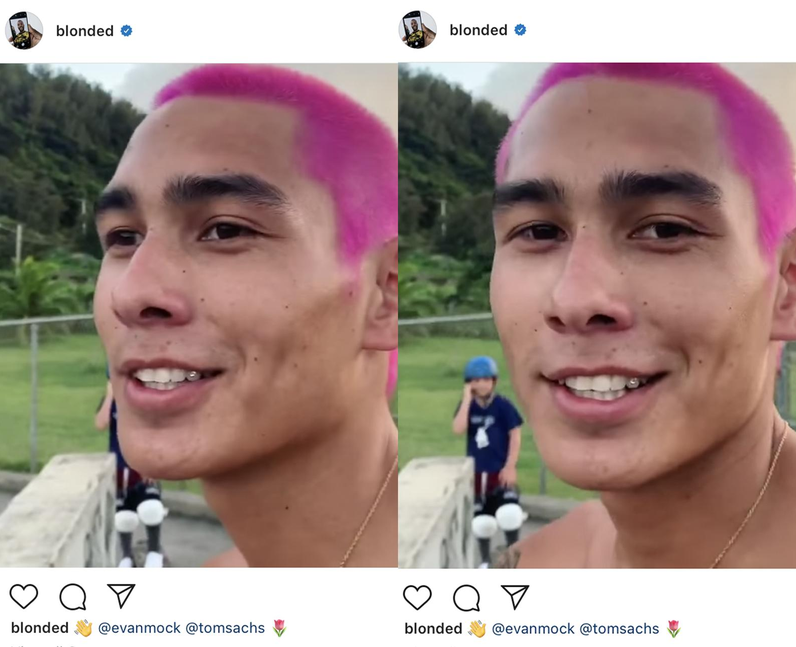 Evan Mock shot to viral fame after Frank Ocean posted a video of him. Explaining how it happened to Vogue, Evan said that his friend Tom Sachs had asked him to say hi to “Frank” because they had similar dyed hair. Turned out that that “Frank” was actually Frank Ocean. Evan’s Instagram then blew up as a result of Frank’s post. Evan credits Frank for empowering him to go against feminine and masculine stereotypes: "He’s an original. And like [Frank] I aspire to keep reinventing myself.” [via IG]

See the full gallery: Evan Mock: 11 facts about the Gossip Girl star you need to know