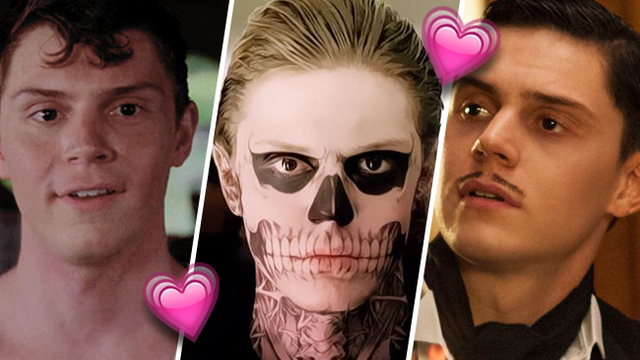 Who has what it takes to your one true spooky bae?

Alright, raise your hand if you've ever been personally victimised by one or more of Evan Peter's characters on American Horror Story.

And if you're like us, you probably can't make up your damn mind as to which one you like the most. To settle this debate, we took the liberty of ranking all of Evan's characters so far based on how great they would be as your boyfriend. (Not including his season six character because he's still currently MIA.)

So without further ado, here is the PopBuzz HQ definitive ranking of Evan's party of five. Fight us if you think we're wrong.

Pros: He's got hair so good he was probably the "Becky" Beyonce was talking about. Has a nice smile. Is friends with The Supreme.

Cons: Is total trash. Is also dead. Is not even one full human being. Mommy issues. Bit boring. You'd have to fight Madison Montgomery. Is still in love with Zoe. Actually might kill you 'cause he's so strong.

Final Verdict: Honestly, you don't wanna bring Kyle home to your parents. Too much emotional baggage, too many unpredictable witch friends, hot mess central, 100% not worth the hassle.

Pros: Has his own Hotel. And his own maid. Is rich AF. Is suave AF. Is friends with Lady Gaga. Dresses impeccably.

Cons: Is friends with many scary serial killers. Hair always looks wet. Really crap mid-atlantic accent. Will be more concerned with planning his next serial killer party than planning your anniversary dinner, tbh.

Final Verdict: Sadly, the cons are outweighing the pros in this instance. As much as we'd love to get to grips with that pencil 'stache, we just can't get past that really bad accent. And unless you want to be seventh wheeling with him at one of his infamous dining experiences, he's not the one for you.

Pros: Pure. Kind. Accepting. Ready to fight anyone who drags you. Knows how to treat a damn lady!

Cons: Wouldn't spend much time with you because he's too committed to his squad. Hangs around in places way too close to Twisty the Clown. Low-key alcoholic.

Final Verdict: If you're willing to risk being killed by Twisty in Jupiter, then by all means, go for it. But honestly, don't let that smile fool ya - he's probably seeing 4 other girls behind your back. Dealbreakerrrrrr.

Pros: Soooooooo cute. Doesn't wallow in his own self-pity. Loyal AF. NOT a murderer or a psychopath. Looks really good in blue. Is good at dancing.

Cons: Is way too deep into the alien life. Is probably still in love with Alma. And Grace. Yeah, he has two girlfriends.

Final Verdict: No seriously, he'd be the perfect boyfriend if he didn't have two side chicks on the go. Damn.

Pros: Would really care for you. Likes fancy dress and face paint. Would probably let you borrow his clothes. Has the same aesthetic as you.

Cons: Can't leave his own house. Is a murderer. Is also a ghost. Is friends with a really creepy baby. Would probably want you to die so you can be with him forever (unless you're into it...)

Final Verdict: All murderous activities and creepy basement babies aside, Tate is probably the most well-adjusted (and we use that term VERY loosely) of the group. And who reeaaaally wants to leave their house anyway? Sign us up.

Where will season six Evan Peters rank among these iconic characters? Only time will tell... Until then, stay weird. 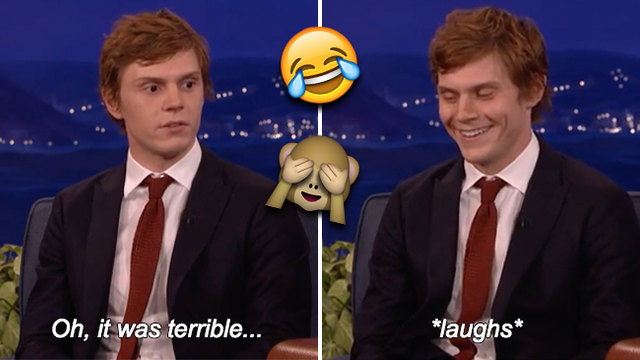