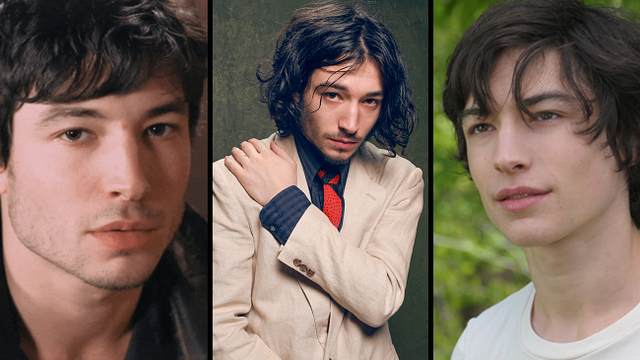 What did we do to deserve this?

It is a universally known fact that Ezra Miller is a gift from the gods. Descended to earth with the sharpest jawline and the most luscious locks of hair. Let's celebrate this gift with a bunch of very nice gifs, shall we?

1) We don't condone smoking but we DO condone that face.

3) The smoulder just provided your entire house with heating for the next seven winters.

5) One wave from Ezra and 10 years has just been added to your life.

6) This unconscious lick of the lips just restored world peace.

8) This seductive eyebrow raise just cleared all your future student debts before you even had a chance to get them.

9) Two blinks from Ezra and your teenage acne has vanished.

11) If you run your hands through Ezra's hair just once, legend has it that £35,000 will be deposited into your bank account.

13) One glimpse of baby Ezra and your grades have shot to the top of the class.

14) A jawline so sharp it could cut the toughest diamond.

15) This dramatic slow turn just replenished the crops in the most drought ridden countries.

16) Just one wink from Ezra and suddenly all your ailments have vanished.