Between Olivia Pope, Cookie Lyon and every single Orange Is The New Black character, great strides have been made for badass women in TV recently. But there are five months and ten days (we counted!!!) until the season premiere of OitNB, aka two centuries in internet time.

COULD YOU WAIT THAT LONG? We can't. So here's our Hiatus Survival Starter Kit, aka 10 female-led shows to binge right f***ing now. The brief: Jessica Jones is a super-strong PI, trying to make a living off people's dirty laundry in NY. She struggles to come to terms with her traumatic past and, over the course of the first series, is haunted by the shadow of her tormentor, Kilgrave. The show starts off with a bit of a noir vibe, but it's set in the post-Avengers MCU, so you can expect things to go pretty cray pretty fast.

Why it's great: In short, everyone in this is a badass. Kristen Ritter and David Tenant do a fantastic job in the first season, as does the supporting cast. It deals with issues like assault, abuse and manipulation, so beware ALL THE TRIGGER WARNINGS, but it never plays down the strength of its characters, female or otherwise. Very enthralling.

If you like: Anything Marvel, Buffy the Vampire Slayer, superpowers, snarky leads

The brief: Mindy Lahiri (a totally separate entity from Kaling) is an OB/GYN, working hard to balance her personal life and her private practice full of lovable weirdos. It's situational comedy that allegedly borrows a lot from Kaling's own life and that of her mother, a real-life OB/GYN.

Why it's great: Everyone on here is hilarious and when they're not, Kaling's performance alone is enough to balance any faults in the script. The character is something you've never seen before. It's light and easy watching that leaves you feeling like you've actually learned something.

If you like: Private Practice, Master of None, 30 Rock, AGGRESSIVE POSITIVITY.

The brief: Kimmy has broken free from a suicide cult and is ready to live fully. She is fiercely positive and open-minded and wants to discover all that the world (read:New York).

Why it's great: It really makes you feel better about conquering adulthood. If Kimmy can do it, so can you! Also, colours make you happy and that's a scientific fact.

If you like: Raising Hope, Gilmore Girls, Friends, sunshine and rainbows, cinnamon rolls.

The brief: Abbi and Alana are a hot mess. They're in their early 20s, living in New York and they don't quite know what they're doing. But they're keen to do it in style and live their best lives.

Why it's great: Unlike other 20-something-female-led shows set in New York *not mentioning any names*

5) How To Get Away With Murder

The brief: Annalise Keating is a brilliant and cunning criminal law professor, who becomes involved in a twisted murder case, along with her group of student proteges. Things quickly get dangerous as Annalise and her students find out they may have bitten off more than they can chew.

Why it's great: Annalise is the HBIC you always wanted to see on a criminal show. She's on point, knows what's what up and is not ready to take anyone's s**t. She's also quite vulnerable though and this is never downplayed. The supporting cast is pretty fantastic, but it's mostly just great to see a WOC in a title role and owning it.

If you like: Criminal shows, Law and Order, murder (obviously), pretty much anything HBO.

The Brief: Ok, you know this. If you don't, then what are you even doing online in Spoilerland? You should be binging PLL at this very moment. It's about four high school popularity queens, whose lives come crashing down after the fifth member of the group, Allison, goes missing (presumed to be dead). The ladies, besides being prime suspects in the investigation, also have to deal with a mysterious figure threatening to air all their dirty laundry.

Why it's great: It's Pretty Little Liars, ok? If you suspend every ounce of disbelief in your entire being, then this show will take you on a wild ride. Also, the fashion is amazing.

The brief: The only fantasy series on our list, The Shannara Chronicles, follows the heroes of the Four Lands as they try to save a Demon Army from conquering the world. It's basically a teenage Lord of the Rings. Two of the three main characters - elf princess Amberle and human rover Eretria - are female and provide the brains and muscle of the operation, while halfling Will just kind of doesn't know what's going on.

Why it's great: The fantasy landscape is really well made for a TV series and each episode is effectively 80 minutes of pure escapism. Definitely one to combat the post-LotR blues.

For those that like: LotR, obviously, Game of Thrones, Magic the Gathering, elves and other magical creatures, SASS.

The Brief: Peggy from the first Captain America finally got her own show. Set in 1940s US, the series follows Agent Carter as she balances her career as a secret agent with the struggles of a woman in 1940s America (think Mad Men type sexism and then amp it up a few notches).

Why it's great: It challenges gender stereotypes in a really obvious and effective way. Plus Hayley Atwell, who plays Peggy, is kind of a boss. Full of Easter eggs for true MCU geeks.

If you like: Anything Captain America related, films set in the 1940s. 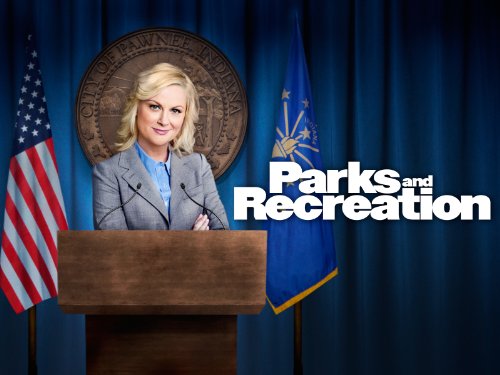 The Brief: Leslie Knope us the most idealistic bureaucrat you've ever met and she's ready to make some real changes at the Pawnee, Indiana Parks Department. She has to do it while managing her dysfunctional office and her personal life. It's off-the-air now, but deffo worth a binge.

Why it's great: Leslie Knope has the kind of reckless optimism that you sometimes need in your life. Also, anything featuring Amy Poehler is basically required viewing. End of.

If you like: 30 Rock, The Office, Chris Pratt, snappy dialogue.

The Brief: This one is another oldie and a must-watch, if you've somehow missed it. 16-year-old Buffy is the chosen one, a superpowered teenager, who gets tasked with the mission of protecting humanity against vampires, demons and all manner of end-of-the-world trouble.

Why it's great: The best thing about Buffy are her friends. The Scooby Gang will give you #goals for days. When they have drama, things get apocalyptic. Literally. It gives you Harry Potter-level life lessons and Joss Whedon's dialogue is hilarious, always.

If you like: The Vampire Diaries, Avengers, Charmed, flawed, but amazing female leads, hilariously awful FX.