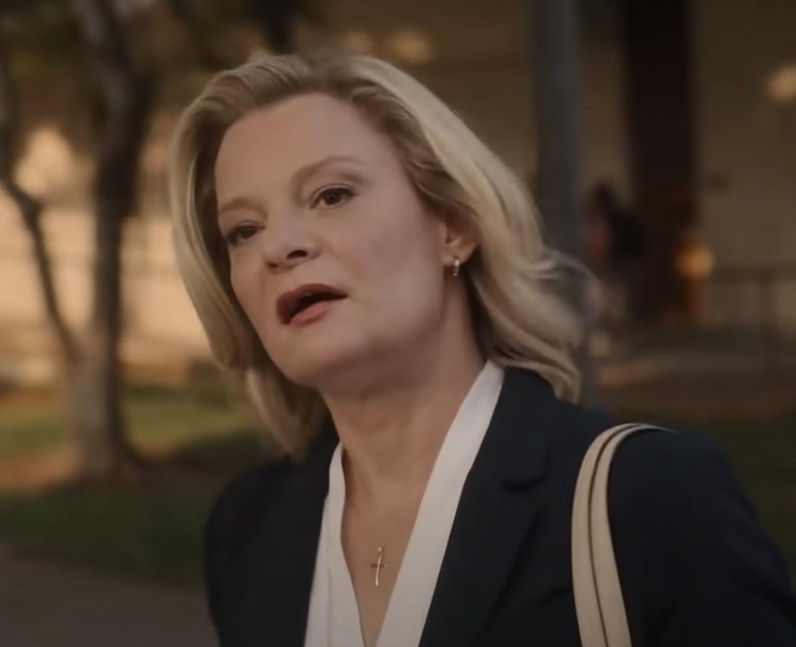 Martha Plimpton plays Megan in Generation. Martha’s most prominent TV credits include The Real O’Neals, Raising Hope, Younger and The Good Wife. If you recognise Martha’s voice, that’s because she played Yelana in Frozen II. One of her other most well known roles was as Stef in iconic 1985 film The Goonies. [HBO]