16 Savage Memes Everyone Who's Ever Watched "Grey's Anatomy" Will Understand 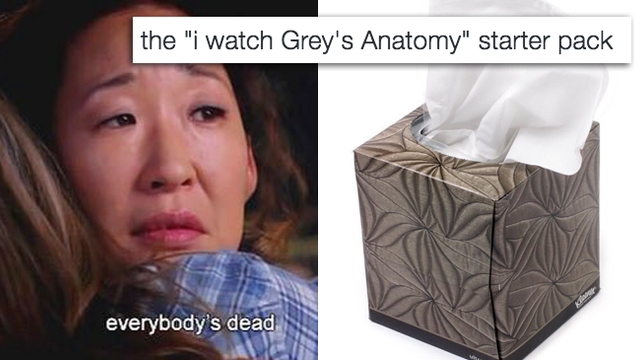 "Watch Grey's Anatomy they said; it'll be fun they said."

Grey's Anatomy has officially been round long enough to have its own little sub category in meme culture. And each one is as savage as the next. Can you make it through this list without having an emotional breakdown? We barely made it, tbh.

1) Every single year, Shonda manages to trick you into thinking this season will be different.

When I trick myself into thinking nobody is going to get hurt on this season of greys anatomy pic.twitter.com/lsbhfMvt56

3) In fact, after 13 seasons you've got your open letter to Shonda Rhimes down to an art.

this was one of the most heartbreaking episodes of grey's anatomy pic.twitter.com/zTnUhg9DsP

5) So many continued years of trauma can really damage a person. 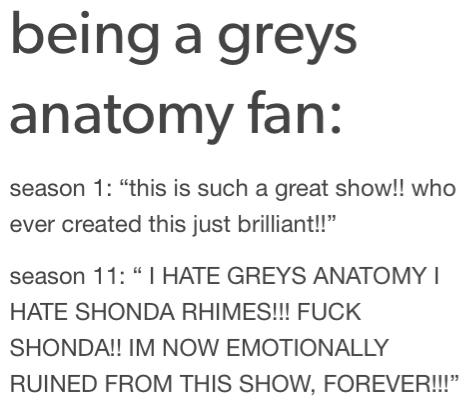 6) But it can also turn you into the world's best fake surgeon with absolutely zero medical experience.

person: is there a doctor in here?

8) You know, usually this would be hilarious but the pain and accuracy hurts too much.

9) Every single time someone asks what happened in this week's episode...

when somebody asks for a summary of Greys Anatomy pic.twitter.com/qPceC6VPF3

10) If you ever got arrested, this is the exact scenario you'd go to jail for.

result of watching too much greys anatomy pic.twitter.com/ydNHXjDmjj

11) You've persuaded all of your friends to start watching the show...

12) And then immediately started fearing for your friendships.

I've got 99 problems and like 73 of them would be solved if my favorite Greys Anatomy couples were still together pic.twitter.com/MyuCwGMZ5l 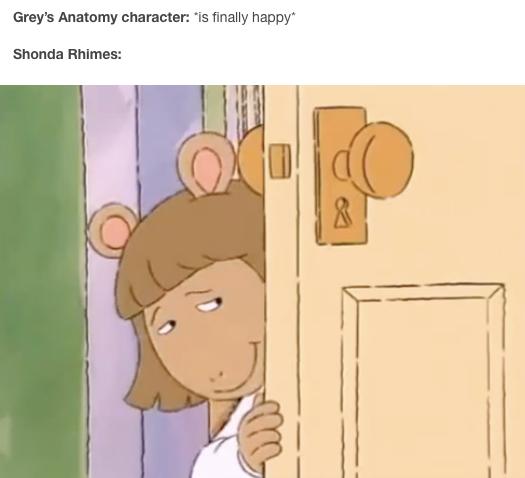 15) At least we still have Meredith, right?

When you're on the 12th season and they haven't killed you off pic.twitter.com/NdNaxCySl7