This image appears in the gallery:
Hadley Robinson: 10 facts about the Moxie actress you should know 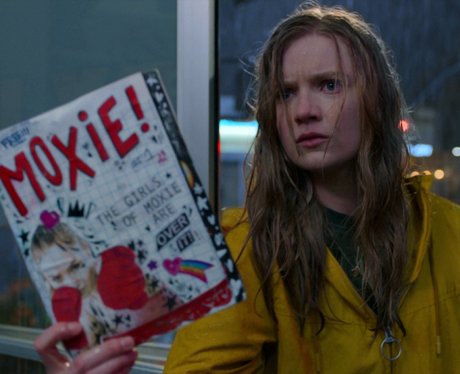 Hadley Robinson plays Vivian Carter in Moxie on Netflix. The comedy-drama is based on the novel of the same name by Jennifer Mathieu and is directed by Amy Poehler. Hadley plays Vivian who, inspired by her mother's own rebellious past, anonymously publishes a zine exposing the sexist environment in her school, leading to a revolution. This is Hadley's first leading role. [Netflix]

See the full gallery: Hadley Robinson: 10 facts about the Moxie actress you should know