Who will play Ariel in the live-action Little Mermaid remake. 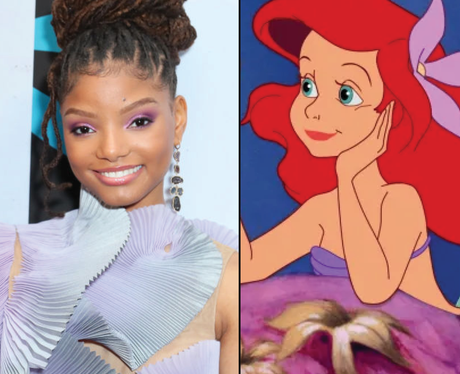 9. Who will play Ariel in the live-action Little Mermaid remake.

It was announced Halle Bailey would play Ariel in 'The Little Mermaid' live action remake in July 2019. Halle thanked fans for their support when the news broke and wrote that it was a “dream come true”. Rob Marshall, who will direct the film, said: “Halle possesses that rare combination of spirit, heart, youth, innocence, and substance — plus a glorious singing voice — all intrinsic qualities necessary to play this iconic role.” [Photo via Disney/Leon Bennett/Getty Images for Essence]