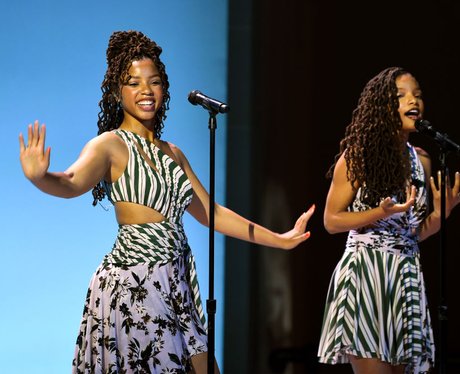 7. Halle Bailey is one half of the musical duo Chloe x Halle

Chloe x Halle are a sister singing duo signed to Parkwood Entertainment. They began making videos on YouTube in 2011, first uploading a cover of Beyoncé’s “Best Thing I Never Had”. They opened for Beyoncé on the European dates of her Formation tour. Their debut album, The Kids Are Alright, was nominated for 2 Grammy Awards. They released their second studio album Ungodly Hour in 2020, which was a commercial and critical success. [Photo via Dimitrios Kambouris/Getty Images for DVF Awards]