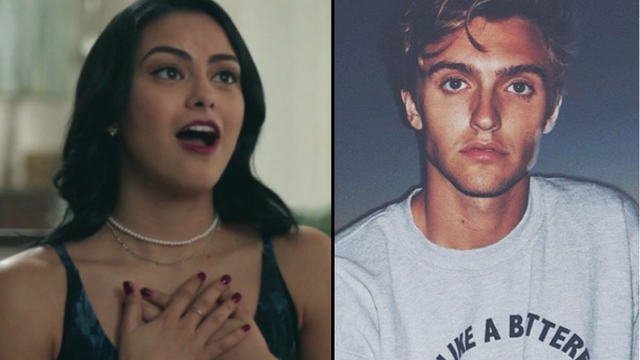 As you may or may not know, Riverdale has announced a new addition to the CW drama. Actor and model, Hart Denton has been confirmed as Betty Cooper's long lost brother, Chic, adding another good-looking face to a cast that is already very easy on the eyes. (Sidebar: does Riverdale officially have the best looking cast on television?)

In keeping with Riverdale casting tradition, Hart doesn't have a TON of acting credits. But, what he lacks in experience, he definitely makes up for in everything else.

First of all, no one can tell me he doesn't look like a young Alice Cooper/Mädchen Amick .

We have to admit it. This is SUPERB casting and we cannot wait to see the Cooper brood onscreen together in all their suburban glory.

His model good looks are out of this world.

He may be a pretty face but he's DEFINITELY not your run-of-the-mill Instagram model.

And he is a talented photographer, too.

You may even recognise one of his subjects, Pyper America Smith.

Move over Cole, time to make room for another photographer in the gang.

So, yes, Hart is VERY talented. But let's just revisit the face for a second.

With the addition of Charles Melton and Hart Denton, I promise these Riverdale season 2 cast selfies are going to be out of this world.