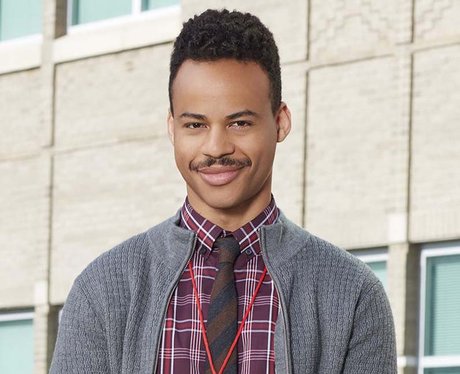 Mark St. Cyr acts the role of Mr. Benjamin 'Ben' Mazzara in 'High School Musical: The Musical: The Series' on Disney+. Mr. Mazzara is East High’s STEM teacher and Miss Jenn’s nemesis. Mark has previously starred in ‘Giving Me Life (in the Land of the Deadass)’ and ‘The Verge’. [Disney+]