This image appears in the gallery:
Iman Vellani: 15 facts about the Ms. Marvel actress you need to know 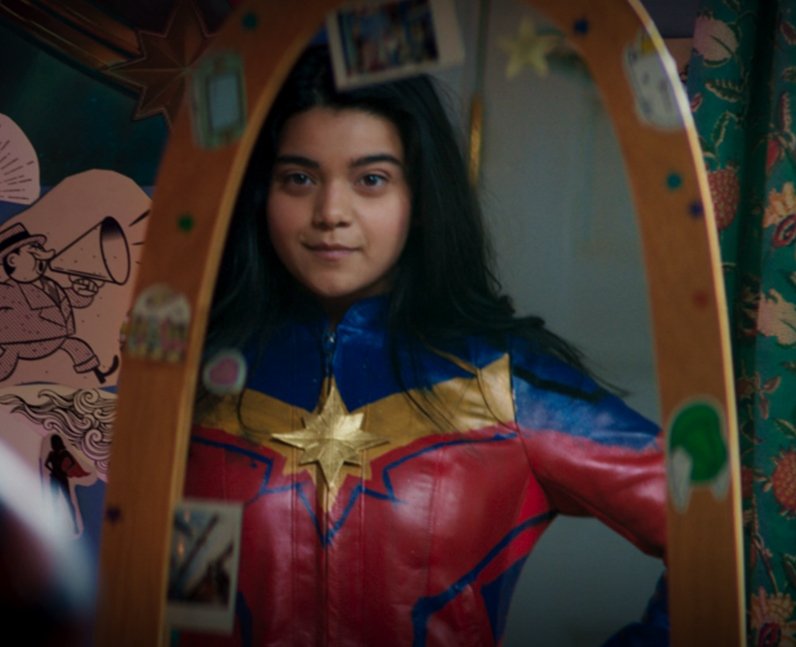 Iman Vellani may play Ms. Marvel but her first Marvel love was Iron Man. She regularly read the comics growing up and she often quotes the films in interviews. In a promo for Ms. Marvel, Iman revealed that she can "recite the first five minutes of Iron Man with stage directions." [Disney+]

See the full gallery: Iman Vellani: 15 facts about the Ms. Marvel actress you need to know