Is "Riverdale" Actually A Real Place? The Answer Is More Complicated Than You Think 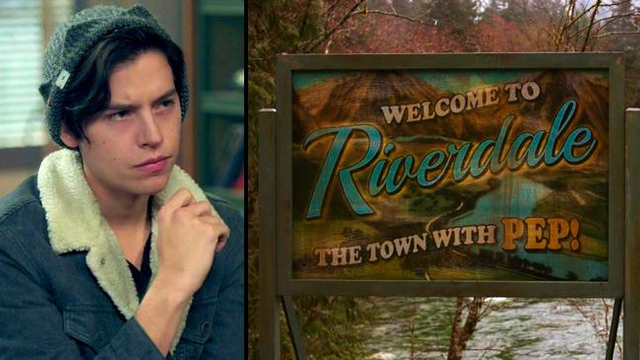 Is Riverdale a real place? If it was, we're not entirely sure it's a place where we'd ever want to find ourselves living there tbh, what with all the drama, shady business deals and that mysterious killer that's currently on the loose.

Riverdale is filmed in Vancouver. The town used in all the aerial shots is the same town they used as Rosewood in Pretty Little Liars but where is the actual town of Riverdale on a map? Is it in Canada? Is it in America? Let’s sleuth, shall we?

Where is Riverdale located and what state is it in?

Geographically, Riverdale is in the United States, we know that much. But according to the writers and the cast, the town is meant to be an everytown or a "state of mind". Even in the comics, the exact location is never specified but it was based on a handful of real towns in the US. The school colours (blue and gold) are also the most common combination across colleges in the US. It's like Springfield in The Simpsons or Fairview from Desperate Housewives - fictional town that exists nowhere, but feels familiar to a lot of people.

Judging by the information given in the show, the physical location of the town seems to be situated near the Canadian border, somewhere in the northeast.

In season one, Josie reveals that the Pussycats won Rockland County's Battle of the Bands competition. Rockland County is a real place in New York state, just north of the New York City. Clifford Blossom smuggled his drugs across the border under the guise of a maple syrup business, which is very popular in upstate New York and of course, Canada.

FP also mentions that the gang members at Fred's construction site were from the "north" in Montreal. Montreal is directly north of New York state.

What time period is Riverdale set in?

Fans also picked up on the fact that Riverdale itself seems very retro. It seems to be set in present day (Fred stamps Jughead’s timecard with the year 2016), but with heavy references and echoes of the past. The cars are old, the hospital where Fred is taken and the way the nurses and doctors were all dressed looked like something straight out of the ‘50s… but everyone is also out here using smartphones and typing away on MacBooks.

During a Reddit AMA, Cole Sprouse revealed that Riverdale “has no formal or announced time period.” He explained that “the setting is supposed to feel dreamlike,” and the visual retro aspects of the show are all references to the “golden age of America.” The weird twilight zone that Riverdale seems to be caught in could totally just be an homage to the vintage original Archie comics of the 1940s and '50s too.

So there you have it. It seems like Riverdale is suspended in it’s own reality, but one we can all draw from, recognise and find ourselves fitting in to. Now which bus do we have to take to get there?