This image appears in the gallery:
Jake Picking: 9 facts about the Hollywood actor you need to know 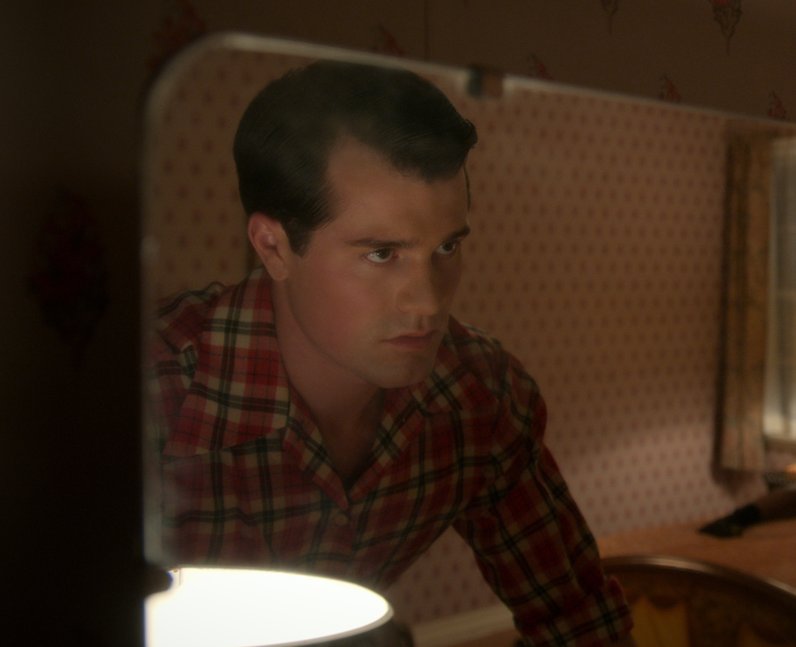 Jake plays the role of the real life actor Rock Hudson in Ryan Murphy’s Netflix limited series Hollywood. As part of his research for the role, Jake read up on Rock’s life. He also wore prosthetics for the role, on his nose, ears, bottom lip and eyelids. [Netflix]

See the full gallery: Jake Picking: 9 facts about the Hollywood actor you need to know