This image appears in the gallery:
Joe Keery: 12 things you need to know about the Stranger Things star 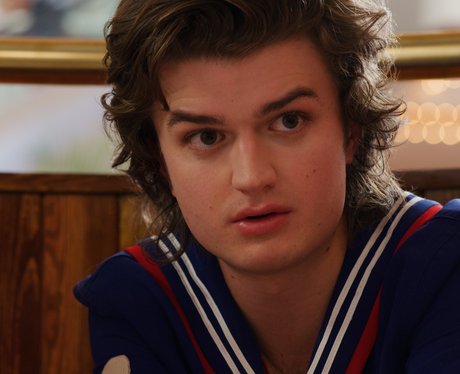 Joe Keery has played Steve Harrington on Stranger Things since the show premiered in 2016. Initially, Steve Harrington was supposed to have a one season arc, but the Duffer Brothers liked Joe so much, they kept his character alive and gave Steve the opportunity to redeem himself in season 2. [Photo via Netflix]

See the full gallery: Joe Keery: 12 things you need to know about the Stranger Things star