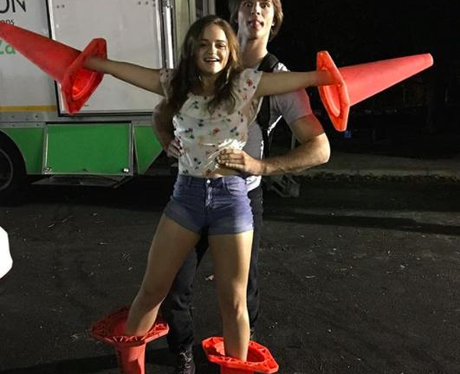 Joey met Jacob on the set of 'The Kissing Booth'. Shortly after the film's release, fans soon noticed that they had made it official IRL. The couple regularly walked carpets together and shared adorable photos on Instagram. Toward the end of 2018/early 2019, fans noticed that the two appeared to have broken up. Joey later confirmed the news in an interview about filming 'The Kissing Booth 2' with Jacob. [Instagram]