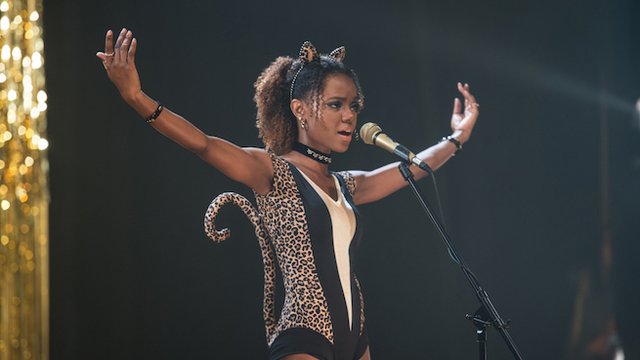 As Riverdale's first season draws to an end, the murder mystery that gripped the town has arrived at a tenuous conclusion. We know who killed Jason Blossom and we know all about the Cooper's murky family history. But who will solve the mystery of Josie and The Pussycats' lackluster representation on Riverdale?

How we arrived at Riverdale's conclusion is a rousing game of follow the b-story. From Archie sleeping with a teacher, to Archie giving up football, and, yes, Archie putting the moves on every woman he comes within 10 feet of; the secondary plot lines have focused sharply on Riverdale's golden boy and not much else.

But, now I'd like to present the case that Josie and The Pussycats would have made for much more interesting television fodder than a full stock-taking of Archie's Flavours of The Week™.

There's no doubt that Josie and The Pussycats are important members of the Riverdale community. Josie's mother is the mayor and her father is a respected musician.

Aside from Archie and Sabrina Spellman, Josie and the Pussycats are the most popular characters in the Archie comics universe.

There is also no denying the power of their harmonies.

But, similar to Riverdale's treatment of its LGBTQ+ characters, Josie and the Pussycats are seen but rarely heard.

More often than not, the girls are used to facilitate the stagnant "Archie is really going for this music thing" plot line. His brief dalliance with Valerie was framed through the lens of Archie driving a wedge through the (obviously) superior girl group, shifting the focus once more to Archie's love life.

Yoko Andrews, if you will.

it's highkey annoying that riverdale only shows josie and the pussycats when it's relevant to archie or veronica.

We all have love for Archie here (sidebar: can we talk about those abs? I'm still shook). But there's no denying that Riverdale writers did the girls dirty by having them stand around all season, only to be trotted out when Archie has some kind of identity crisis about his true calling.

With production for Riverdale season 2 well under way, here's to hoping the REAL stars of the show actually get some kind of story arc outside of Archie and his well-traveled lips.