Listen, Melody From Riverdale Is Underrated AF And She Deserved Better 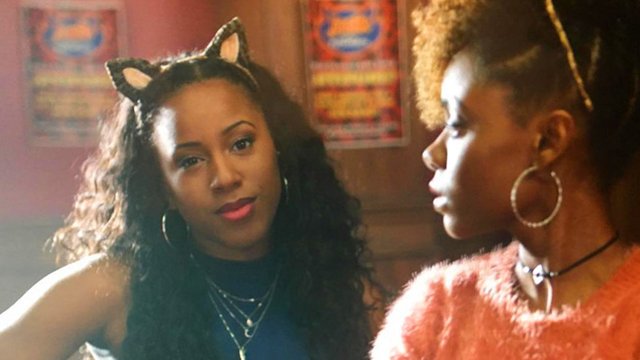 Riverdale did Melody dirty and here's the proof.

We need to talk about Melody Valentine. ‘Who?’, you might ask. Well, that’s exactly my point.

Melody, aka Riverdale's most underrated character, is the drummer in The Pussycats. And, quite frankly, she deserved better.

Despite being a reliable and loyal friend to bandmates Josie and Valarie, Melody has been consistently sidelined and was only given one line in the entire first season.

We hope Melody can take some comfort in the fact that her line was truly iconic and probably the best line in the whole show. Period.

But it's not just that she's a good friend. Melody is that most rare and dangerous thing: a triple threat.

And she can shut down fuccbois with just one withering stare.

All this while Barb, sorry I mean, Ethel, a damp cloth of a character, continues to take precious screen time away from bae.

You can tell from Veronica's face that she agrees.

Things would be much better if Melody became one of the leads.

Jughead has shown himself to be a joyless hipster, Betty’s sleuthing leaves much to be desired and I can't pretend IGAF about Veronica’s daddy issues anymore.

He can stay, for now. But it’s time a character came in and shookth the whole clique up. And who better than Melody? She's been a silent witness to the whole drama all along. We're gagging to know what she must have observed in the shadows.

So here's what I suggest: stop putting Melody in the shadows.

And give her the goddamn limelight she deserves. Or at least more than one line FFS.