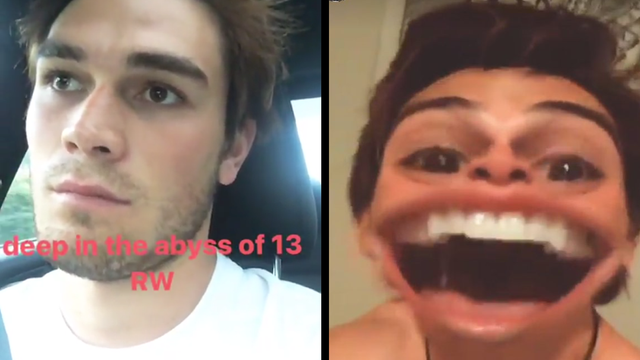 KJ Apa is kind of great. That's not a matter of opinion. I have empirical evidence.

The Riverdale star shines bright as Archie on the CW show, but did you also know that his Instagram stories are truly something to behold?

I have never seen KJ take himself seriously in one of his stories.

He is literally the King of Shenanigans.

I have watched this 319 times and I still scream every time.

A lil glimpse into the bromance of the century.

Okay, but how did he sum up the entire experience of watching 13 Reasons Why without saying a single word?