This image appears in the gallery:
Maika Monroe: 10 facts about the actress you need to know 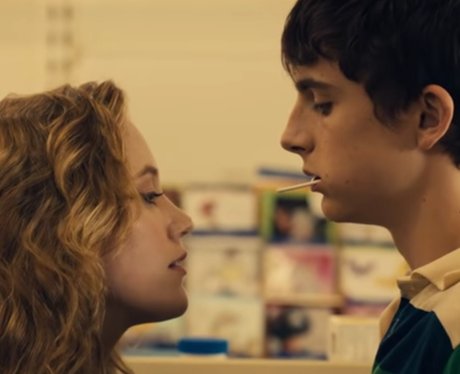 Maika stars in the film 'Hot Summer Nights' as "McKayla Strawberry" opposite Timothée Chalamet. The film debuted at SXSW in 2017 (but enjoyed wider release in 2018) and is a "coming of age" film set in Cape Code during the summer. Photo via A24/Screenshot

See the full gallery: Maika Monroe: 10 facts about the actress you need to know