This image appears in the gallery:
Matt Cornett: 13 facts about the High School Musical: The Musical: The Series actor you need to know 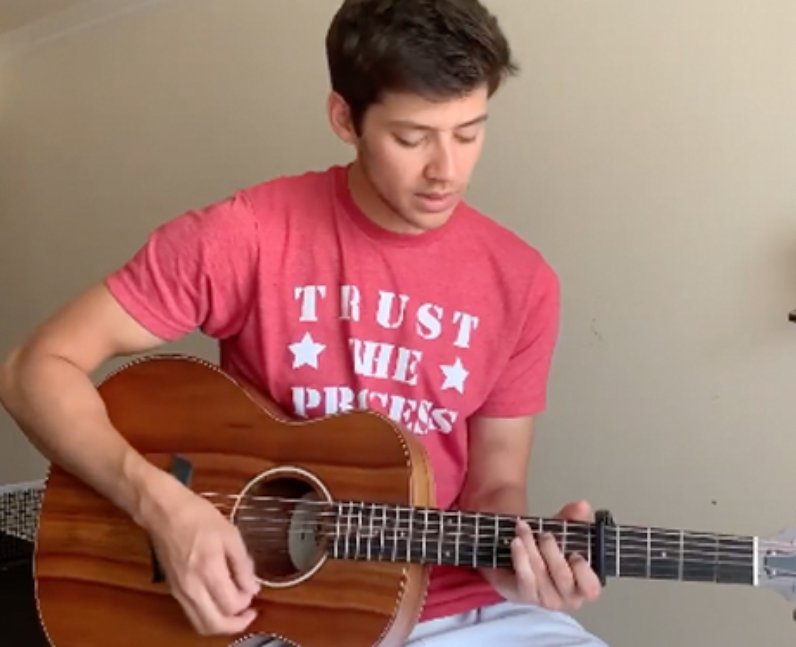 Yes. Matt Cornett sings all of E.J.’s songs on the High School Musical: The Musical: The Series soundtrack. These include 'Start of Something New', 'Breaking Free’ and the original song 'A Billion Sorrys'. Unlike his HSMTMTS castmates, Matt hasn’t released any music of his own though and it’s unclear if he ever intends to do so. However, you can often find him singing and playing guitar on social media. [@mattcornett via Instagram]

See the full gallery: Matt Cornett: 13 facts about the High School Musical: The Musical: The Series actor you need to know