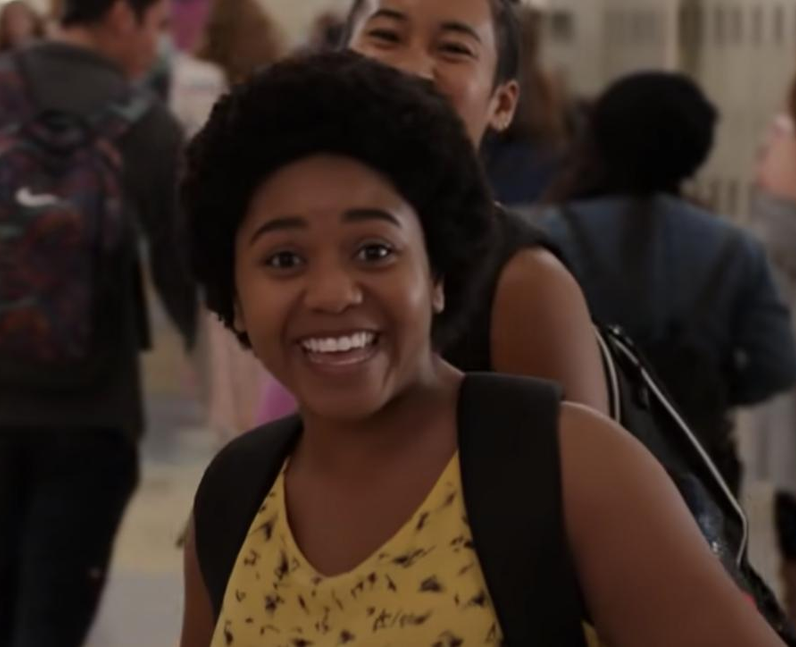 Anjelika Washington plays Amaya in Moxie, Kiera’s best friend who also joins the Moxie revolution. Anjelica is most well known for her roles in Netflix’s Tall Girl (Fareeda) and Disney+’s Star Girl (Beth/Doctor Mid-Nite). She has also appeared in one episode of Young Sheldon as Libby. [Netflix]