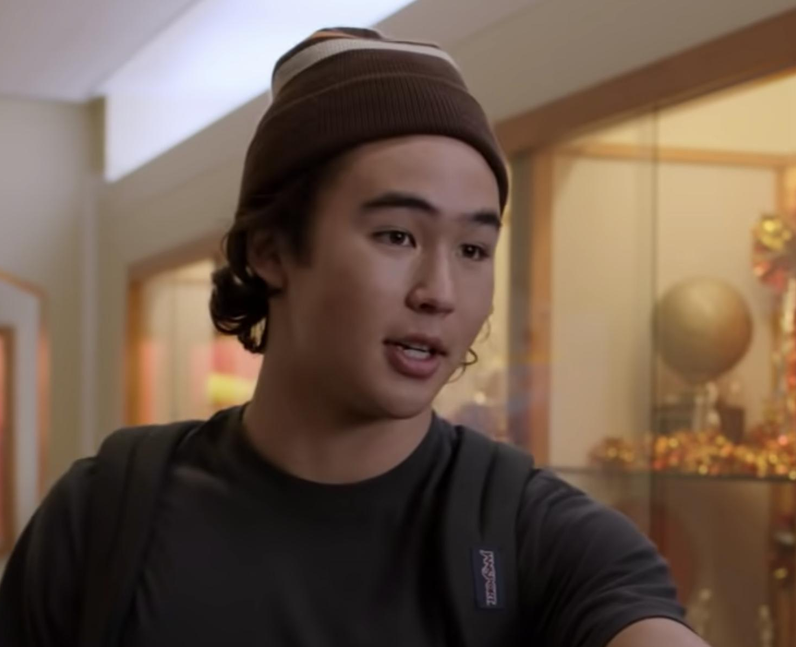 Nico Hiraga plays Seth Acosta in Moxie, Vivian’s schoolmate and later, boyfriend. Nico is most well known for his role as skater jock Tanner in 2019’s Booksmart. He also recently starred in North Hollywood with Miranda Cosgrove and Ryder McLaughlin. Nico is also a skateboarder. [Netflix]