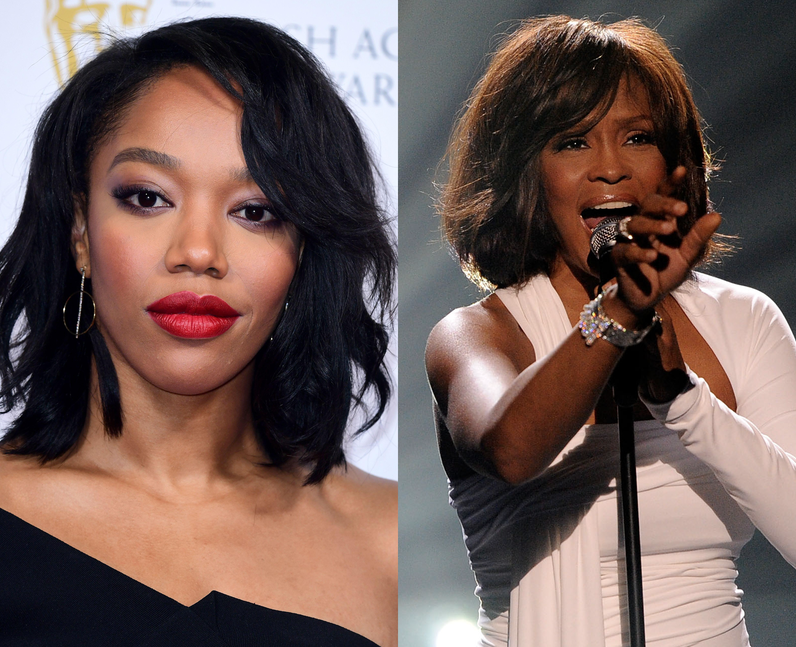 Naomi Ackie was announced to play the legendary singer Whitney Houston in a new biopic, supported by Whitney's family, estate and music producer Clive Davis. In 2020, it was confirmed that Naomi would take on the role, although she will not be singing. Whitney's original vocals will accompany Naomi's performance. The film, titled I Wanna Dance With Somebody, is set to be released around Thanksgiving 2022. [Alamy, Kevork Djansezian/Getty Images]