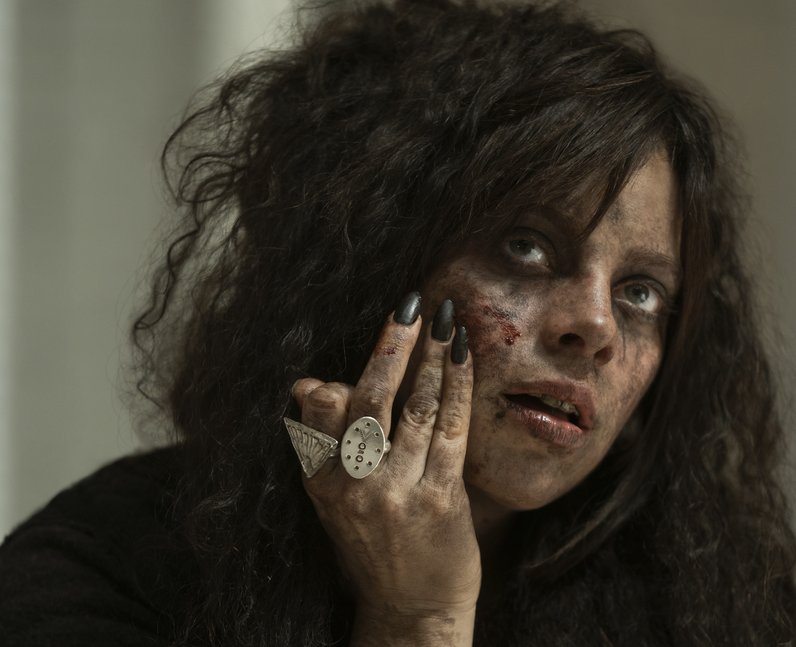 Krysta plays Ms Crumble who, post-bomb, becomes The Witch. She's one of the few adults who survived the blast but somehow, it affected her brain and now she talks to an army of doll heads. Krysta has previously had roles in ABC's Quantico and cult TV hit Smash.